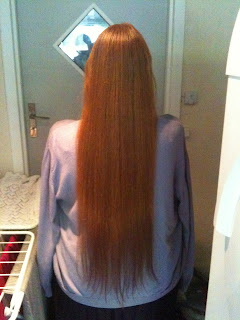 Okay! :) I don't know if you can tell, but in this pic I'm very close to classic length! But I felt like havin' a little trim so now I just set myself back a little.  My ends where getting a bit uneven so it was purely cosmetic. :) I haven't had that many split ends lately so they where nice and soft and not that tangle prone. But I just felt like it and I wanted to work a bit more on my U-hemline. And it's always wonderful to get rid of some old dye 'n' damage. :) I did cut off a nice chunk... 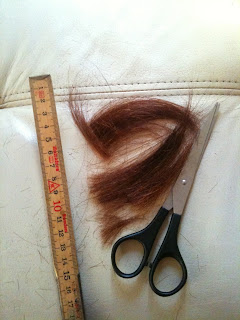 I finally tried Feye's self trimming method, the U-hemline version obviously. I've known about her methods for several years but I find them freakin' scary. It's genius but maybe not the most accurate method ever... But I did it, and I'm happy with the result so I won't complain. :D It was a bit difficult to get a proper shot because the sun went down, and it's never done that before! XD Well, I hope you can sense the result from the two pictures below. I think it looks pretty decent! ^_____^ 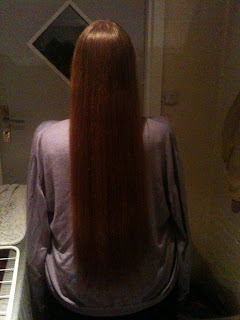 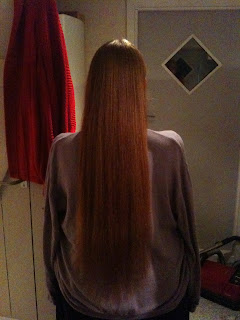 And something to compare to! 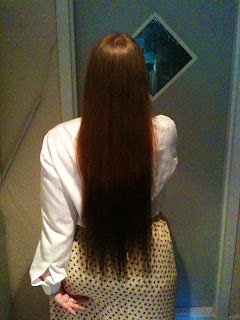 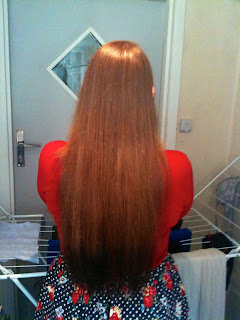