The last couple of months has been quite fun for me, to be able to spend a little money on decorating ma crib! I got my own place when I was 18 but couldn't afford to buy furniture to decorate and cozyfy. Now I'm 21, and really excited about what I've found!!!  We don't really have big places here in DK to get secondhand stuff. The best places are auctions, but that gets very, very expensive. But you can get lucky and find something amazing that's still very affordable, elsewhere. :)


Okay, this first thing is… I don't know what other to say than I fell in love! The three metal plates says Whisky, Port and Sherry. I don't ever touch alcohol but I just loved this piece. It feels very masculine to me, which I really like. And I love the deep red colour of the wood. :3 It's not really functional, but oh well... 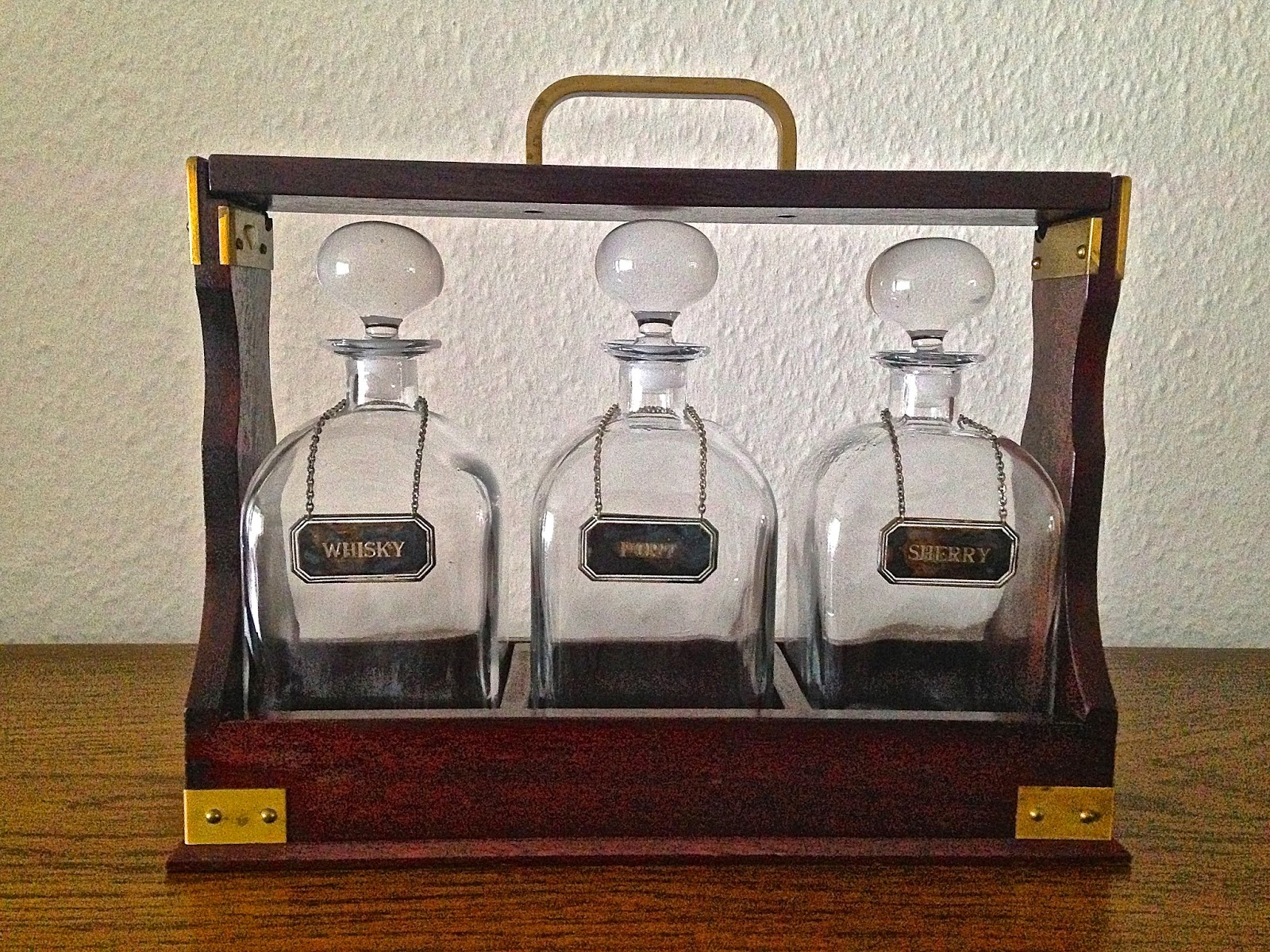 I didn't get the key to this. So it is a little difficult to clean it properly, without braking anything. 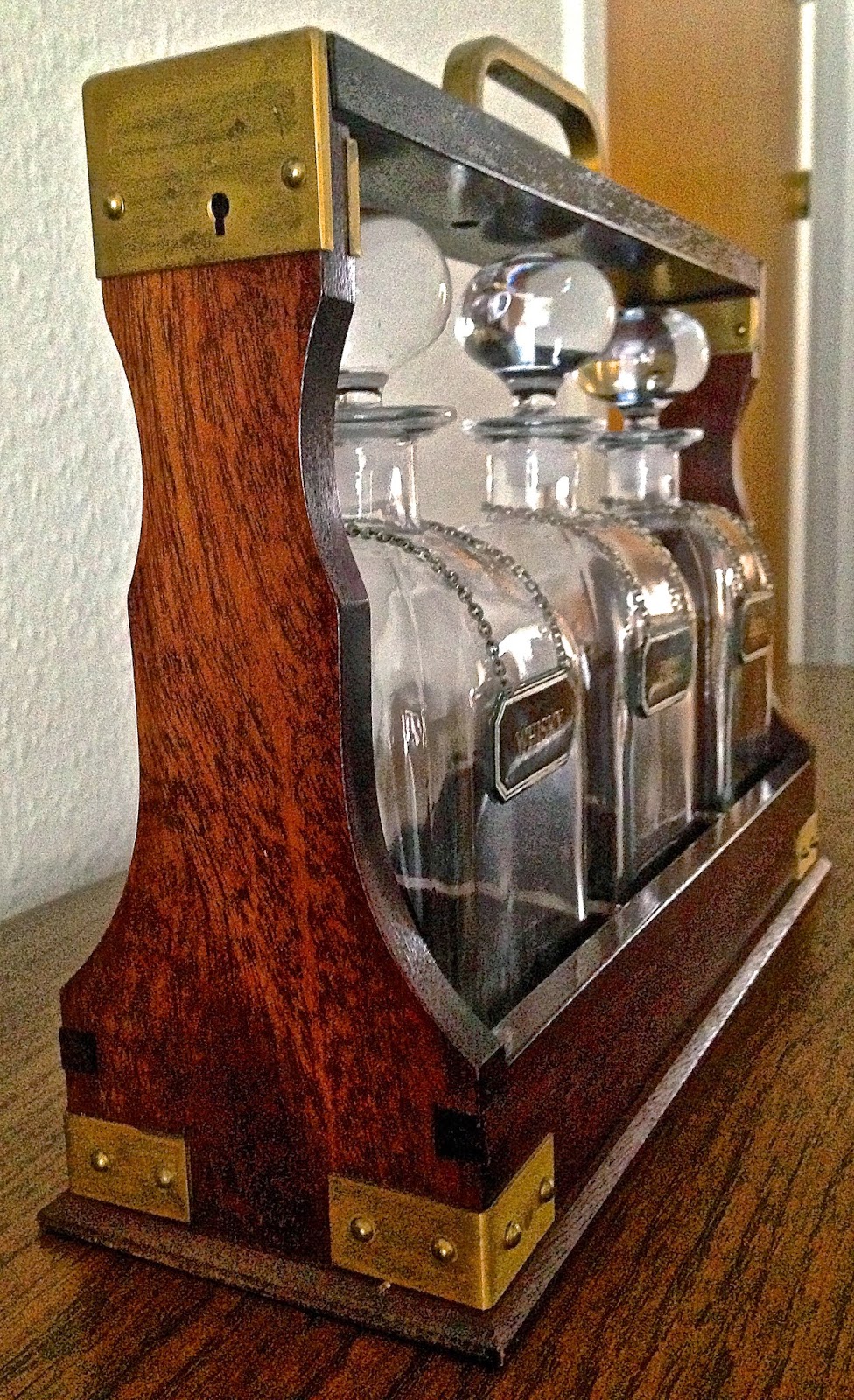 The next thing is also a non-functional object! I'm doin' well so fare!!! XD It's a really old fireplace screen. I really love the black, with the dainty pink wines of flowers. :3 It's obviously handmade but not in the best shape. I might fix that with the proper materials, but I might also just leave it. I don't really mind that it's a bit rough and worn. One thing I would really like to do is give the wood frame and feet a high shine, medium dark lacquer. I love that kind of finish and I'm all about restoring and keeping the old thing around for longer. :) It'll soon be warm enough for me to do it out on my terrace. The lacquer is strong and smells like artificial ass if you didn't know. It's also pretty unhealthy to breathe in, especially indoors, but you all know that! :) 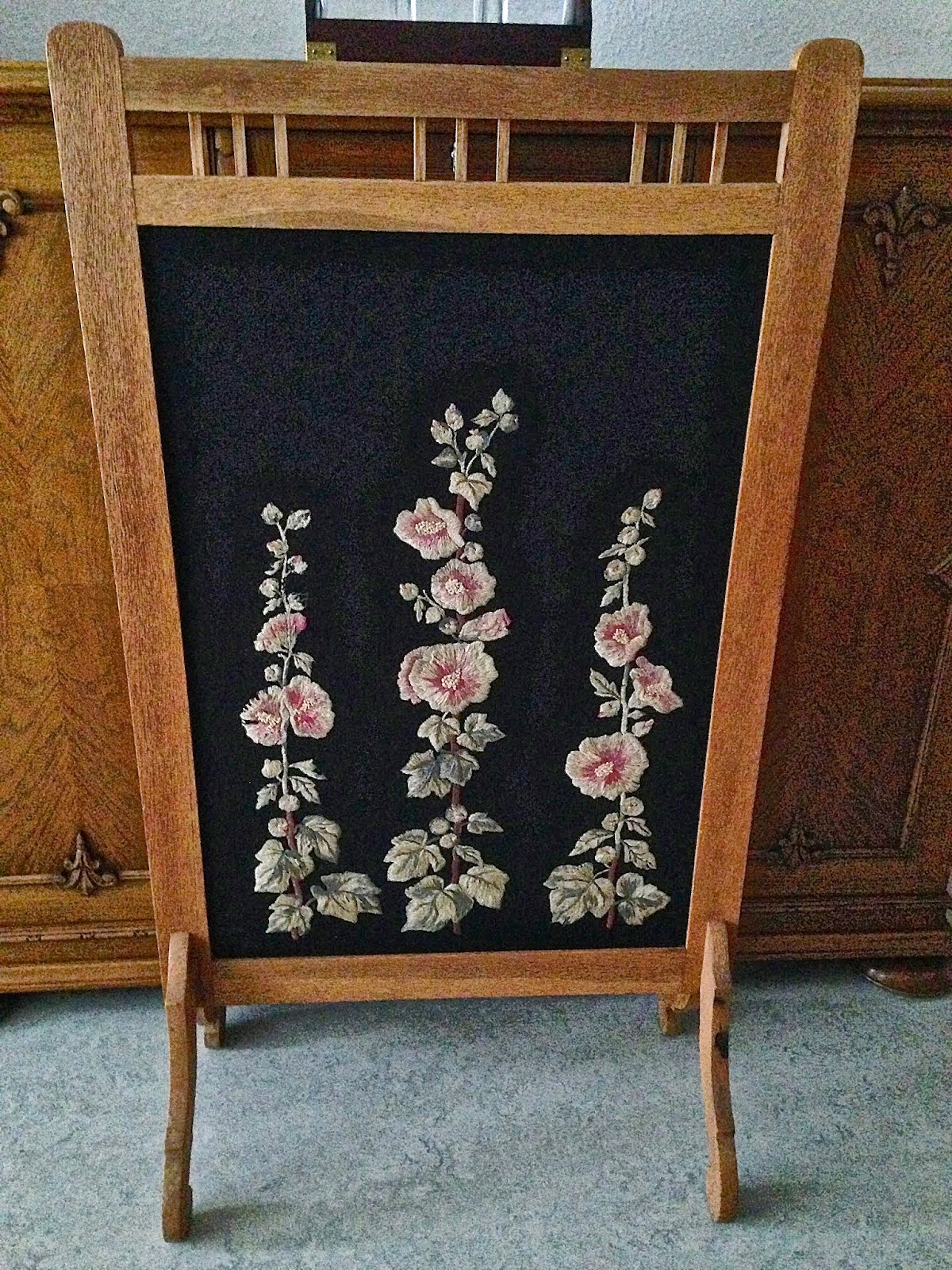 I'm so glad I found this amazing piece of furniture!!! I love it so much. I was just randomly checking out a tiny, local place, which never has anything good. I was sure it was sold when I saw it, but it wasn't!!! BIG YAY!!! ^^ I love the colour of the wood, the pictures and intricate details! And it has a great amount of storing space, finally something practical and pretty! I got a little discount and free delivery 'cause the top cabinet door (???), in the middle had a problem. Someone stupid had jammed, and broken a wrong key inside the lock. But I got around that, and fixed it. It was not easy, but I got it! Nothings more satisfying than victory. XD 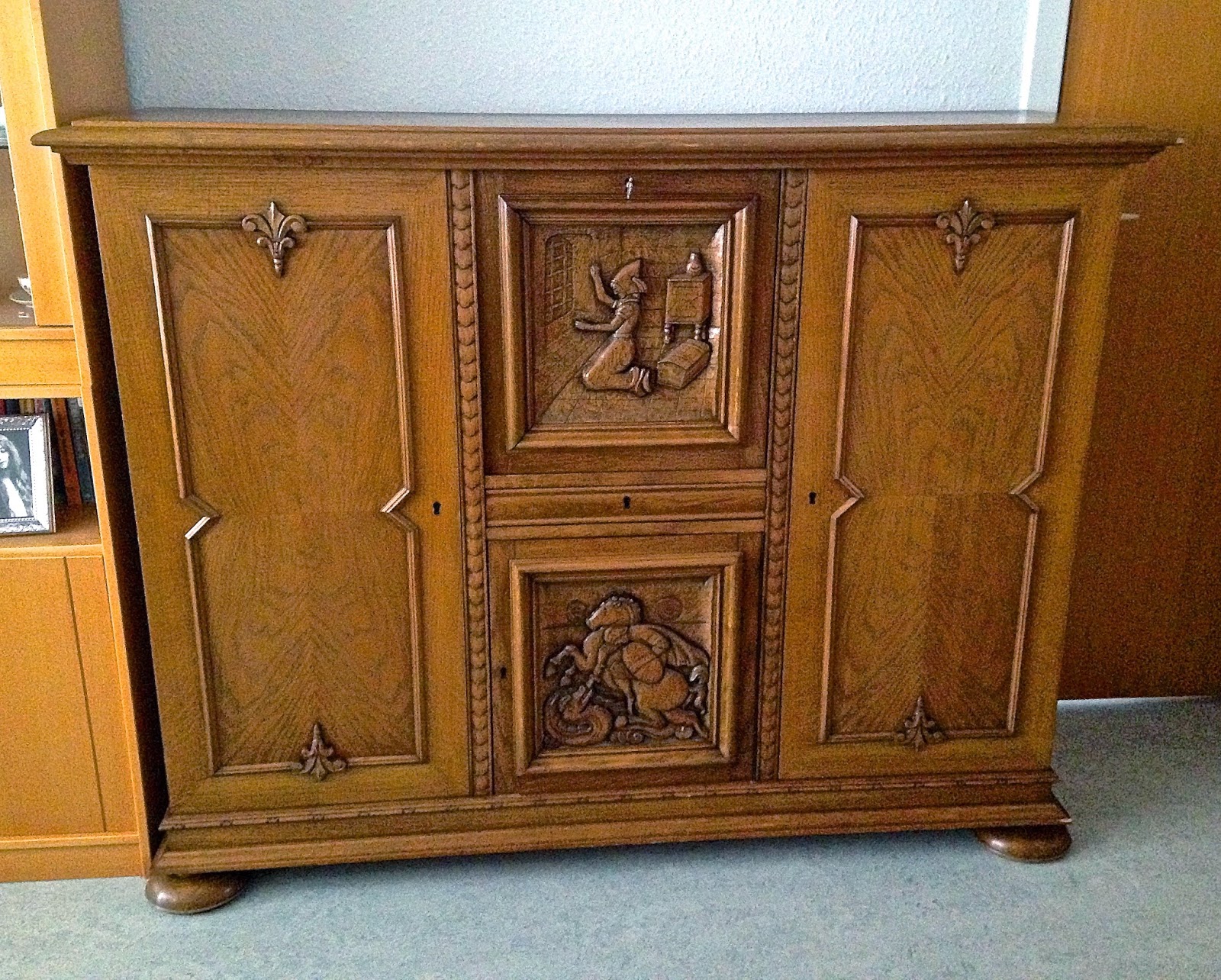 The cut out pictures reminds me of some really old pantings and woven art from somewhere between the 1100's-1500's. It's the style of the cut out, the clothing as well as decor portrayed and the picture. 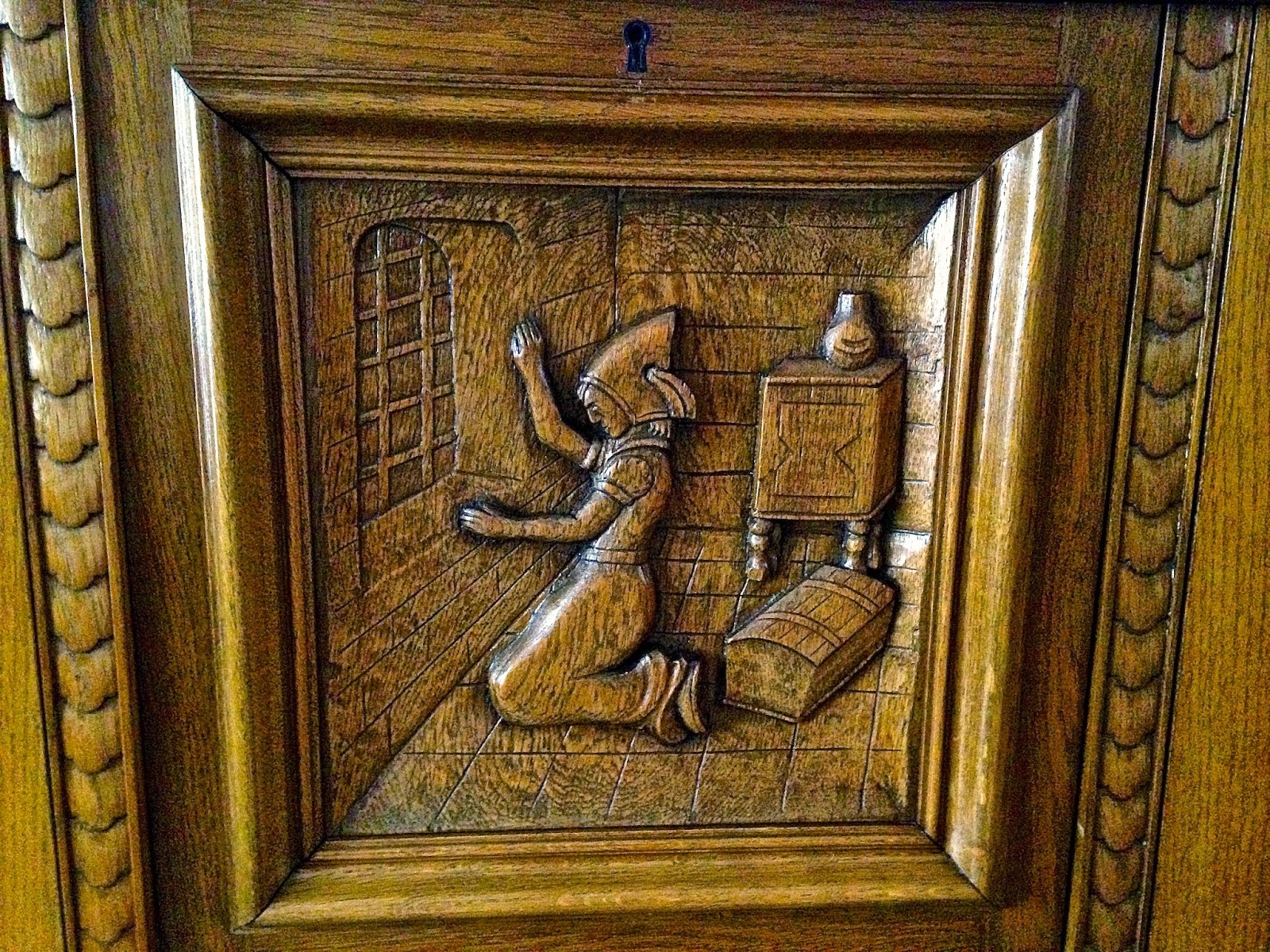 And the second picture definitely gives me the same wibe. The night slaying a strange dragon… And the whole way it's done… I'm not saying it's that old, I'm not stupid, but I do think it's old. The craft and quality is not of anything resent. I think it may be at least a 100 years old, but I may be wrong. It could be an examine project from 50 years ago. I will be looking up a lot of furniture to get a better idea of what time it's from. :) 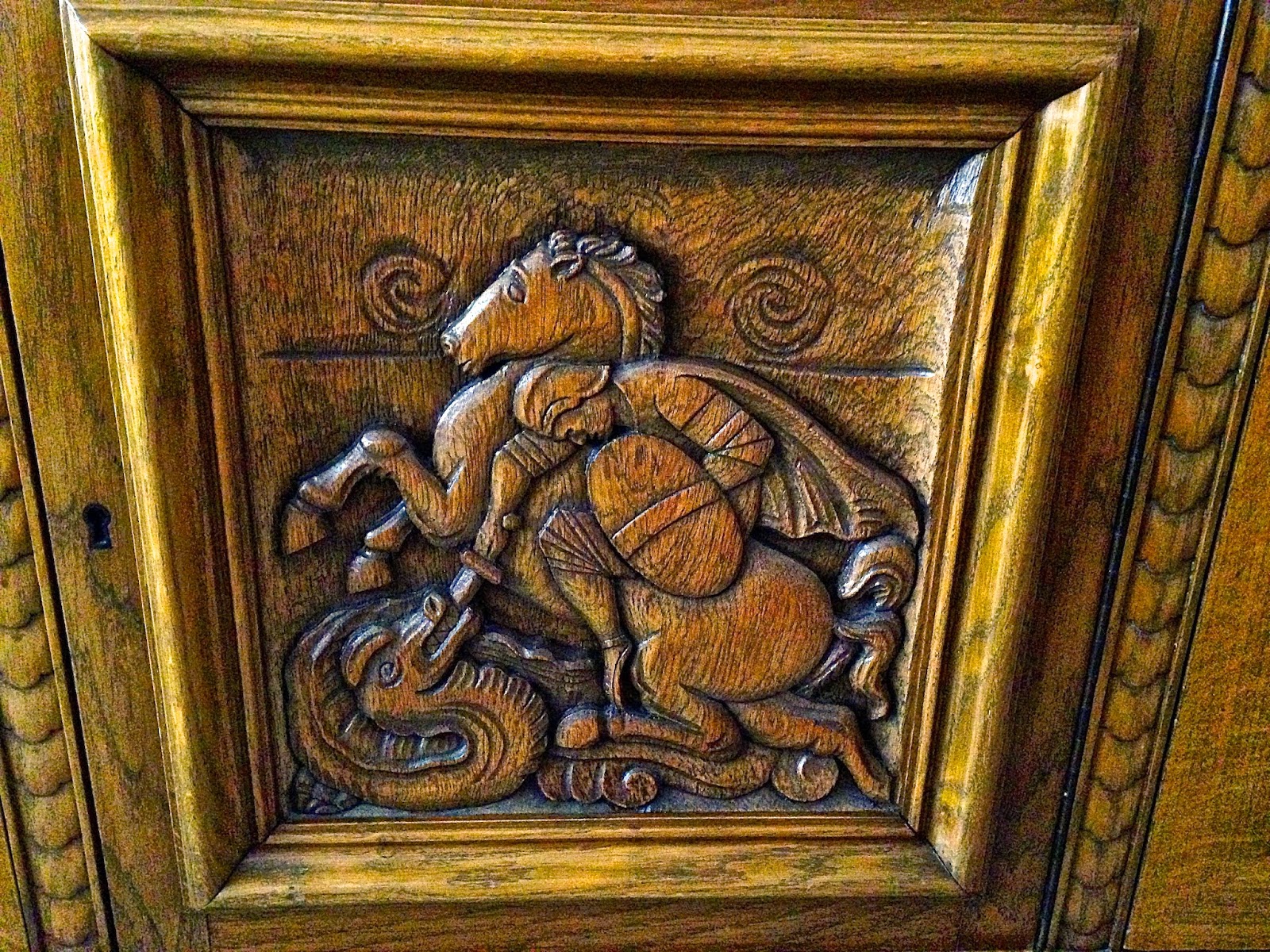 And of course I love these french lilies! They also really add to that old feel. 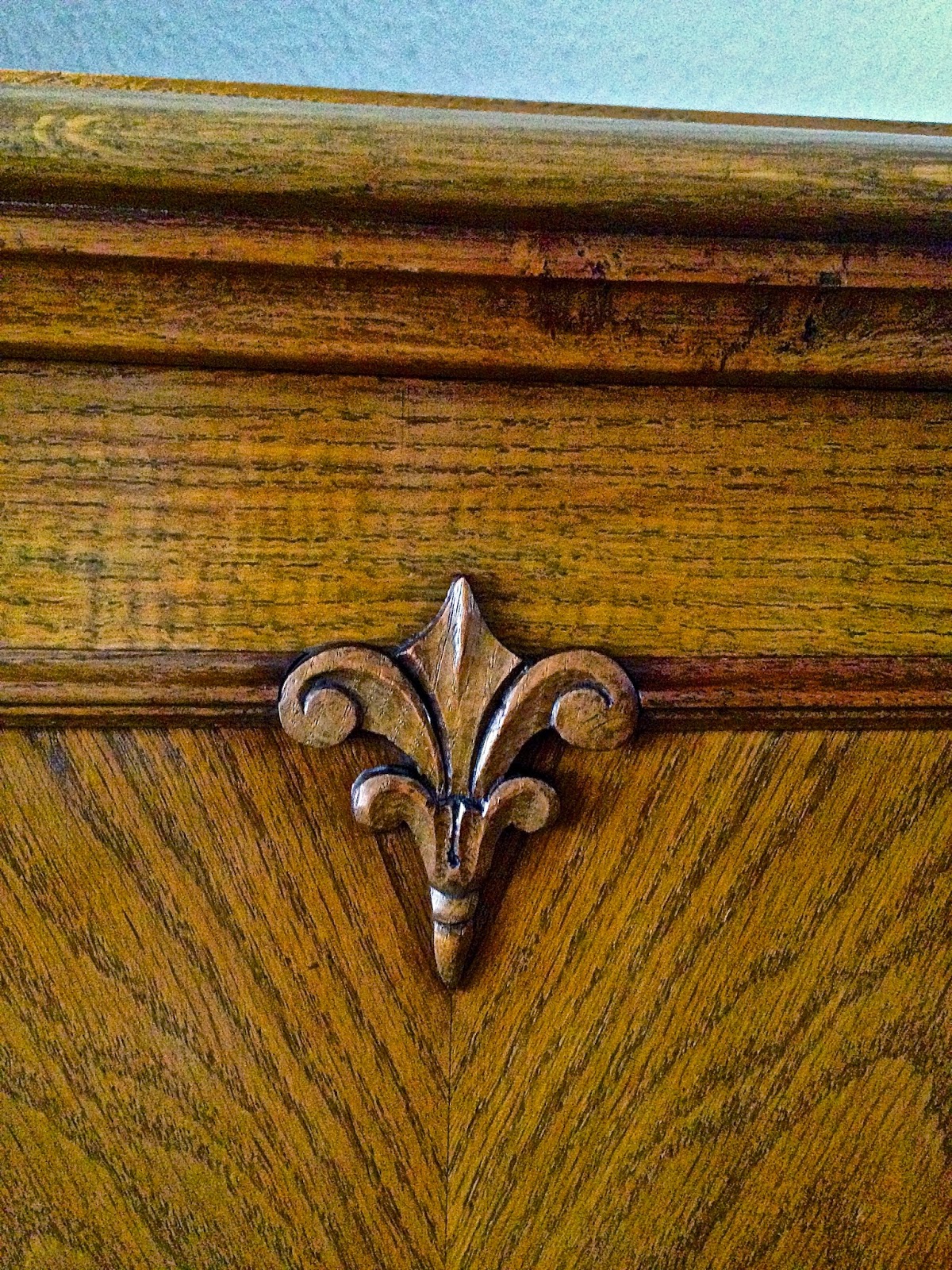 This is the key… I don't have to say anything about, it's magnificence speaks for it's self! It's also kinda big, which isn't that common for the late 1800's and early 1900's, from what I know.

I had to have when I saw it! It's an old grade book from 1931 and was used until 1934. :) It belonged to a older boy called Poul/Paul Erik Palmbo, and he was not a straight A student but I don't mind. I think it's amazing to think that this object used to have some kind of meaning to a person I know nothing about… I can't help but daydream about this stranger living in another time, and trying to imagine how he maybe lived his live. What He had to go through and who he loved. As you can see I'm very sentimental. :) I see it as a part of my great empathy for others, which is one thing I'm proud of and love about myself. 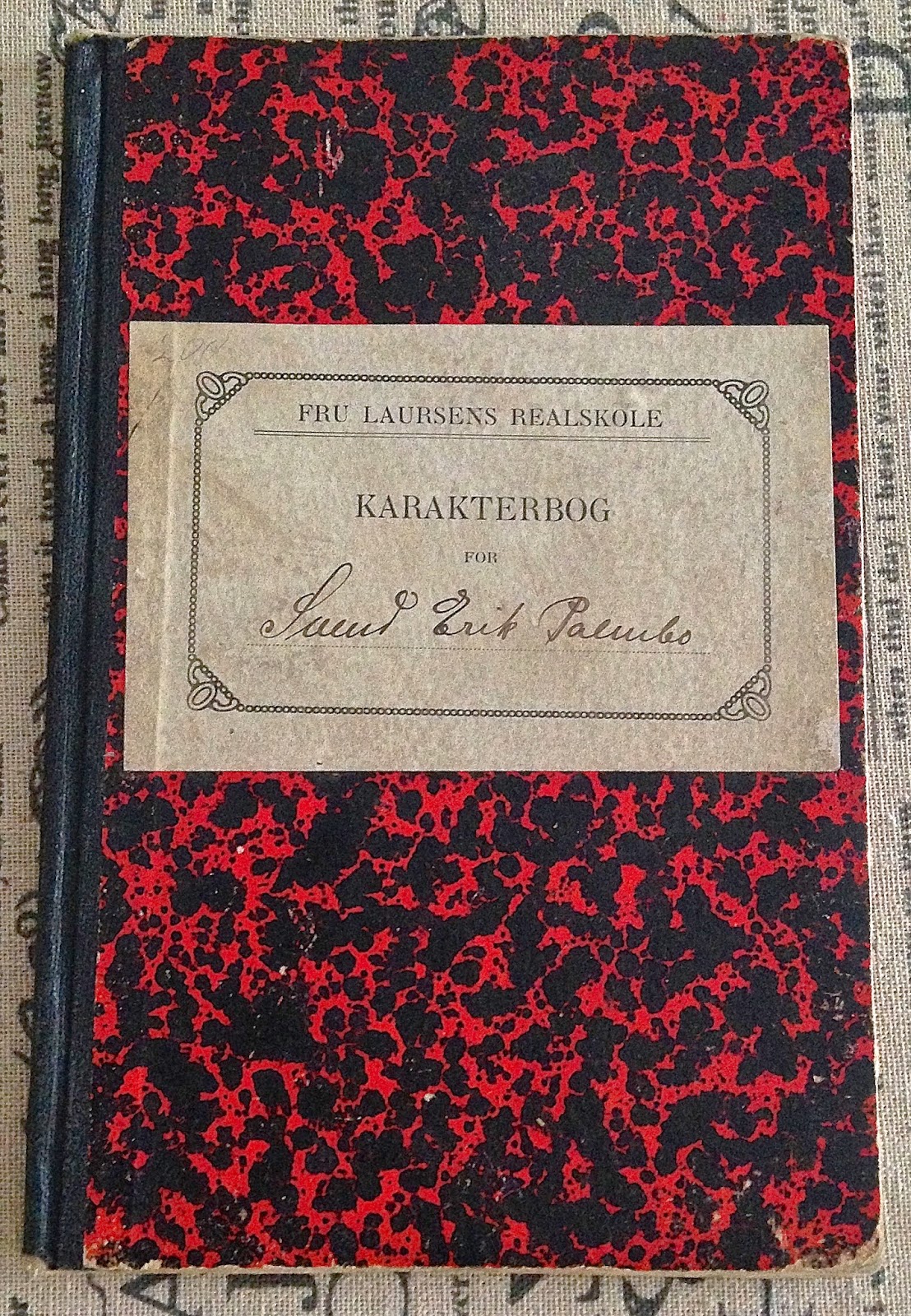 I got these from the same place. The where "tapped" together, which includes no use of glue or nails to assemble them. This method proves the quality and artful hand work. Again, I love the wood, as I love all kind of old wood. :3 I also love the beautiful metal handles. 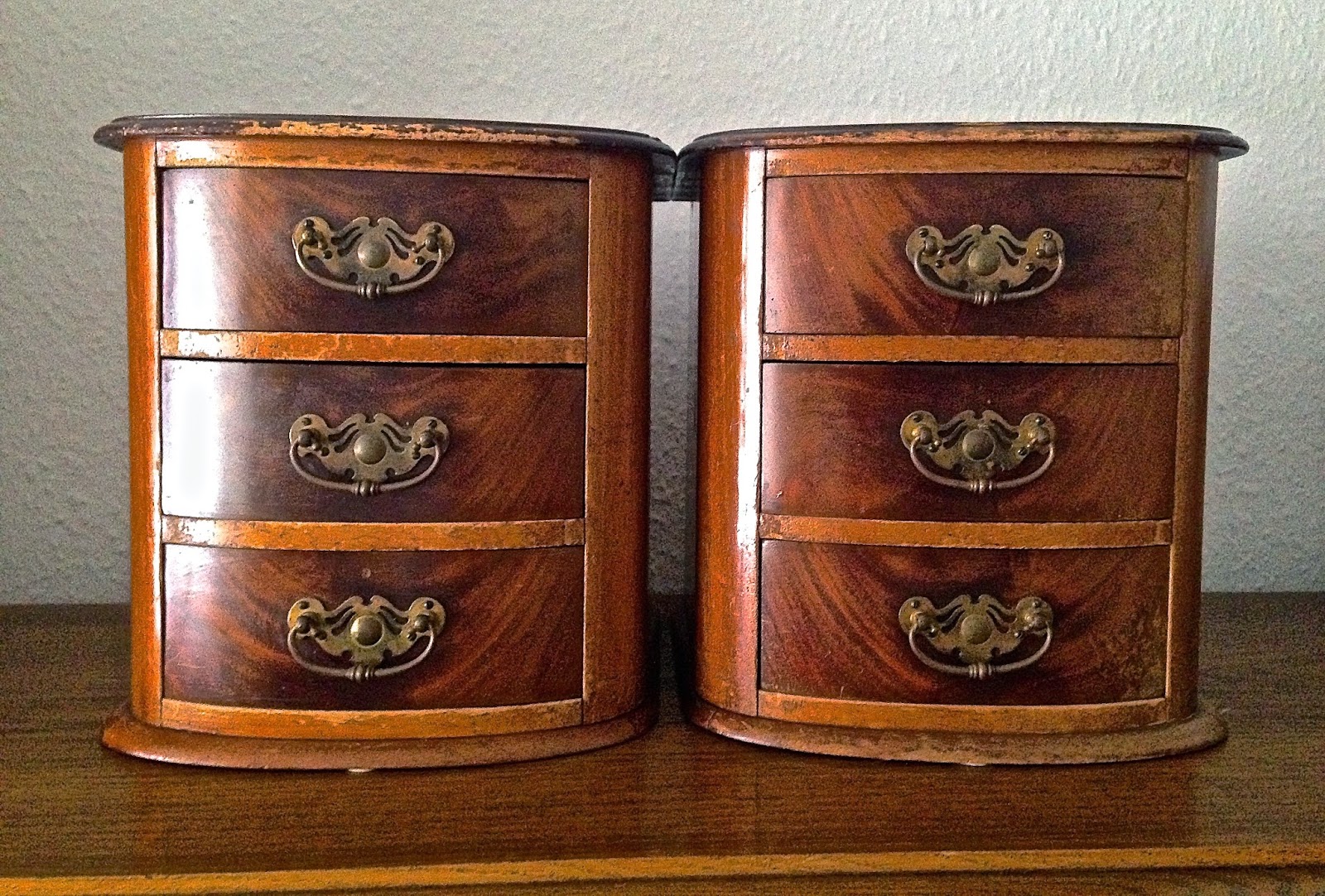 They are generally in pretty good shape, but the top is pretty busted on both. I wold like to take care of that. :) The drawers are actually pretty roomy, which is always nice. 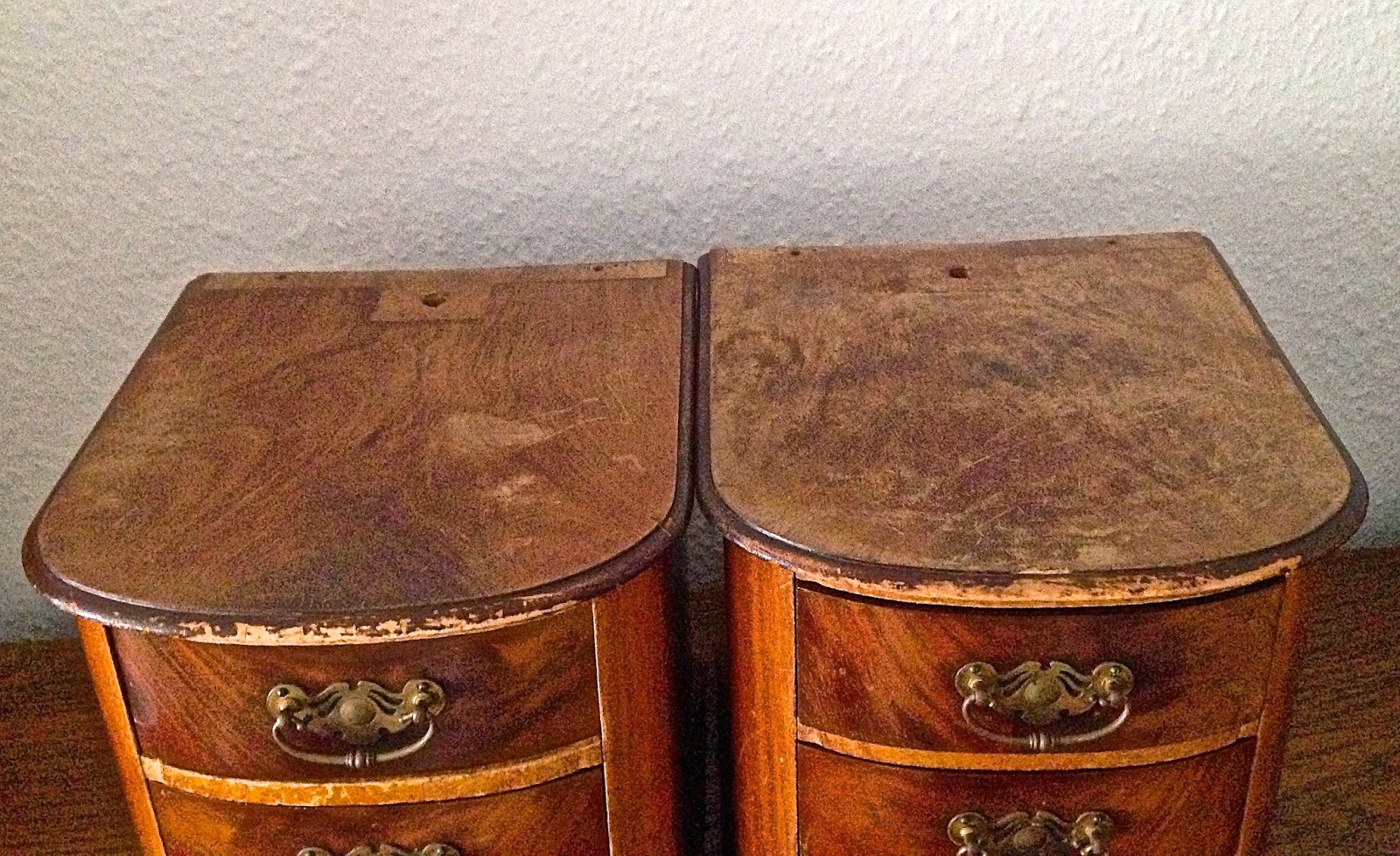 Both of them have these key holes. But I didn't get a key with these, either. But since they were unlocked, it wasn't a problem at all. It would just have been nice to have it. :) 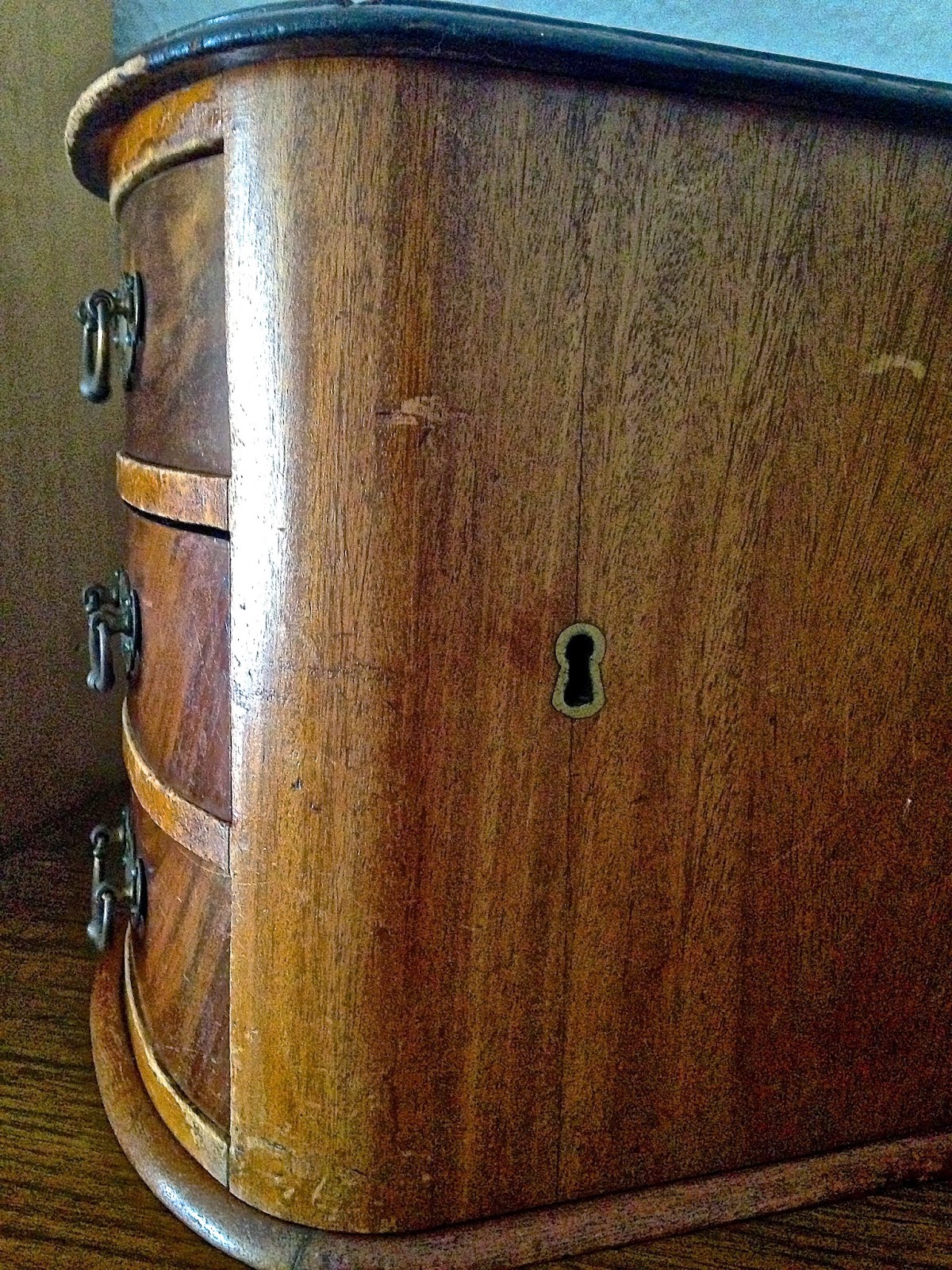 For a really long time I've wanted a foot stool like this! Something with a cross stitched floral pattern. I love the granny wibe, but it means more to me than that. My mom has always been doing cross stitching work, so it also really reminds me of her. 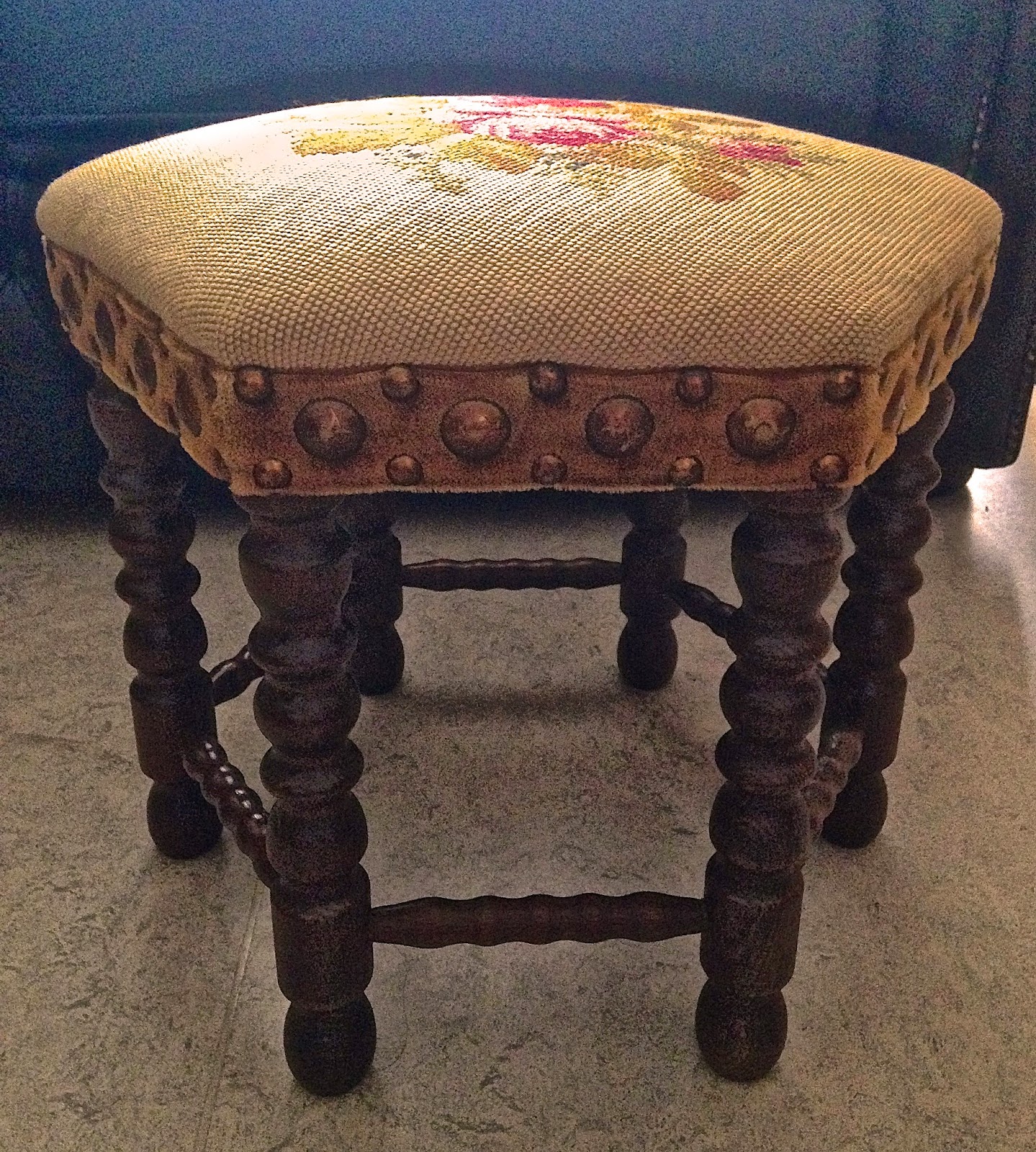 It's in really good, practically perfect, shape. The only thing I did was to VERY gently "wash" The top. The background is, as you can see, a quite fair colour, and it did have some dirty spots and stuff. I was afraid the pink might bleed, but fortunately it didn't! I was super careful though. :) 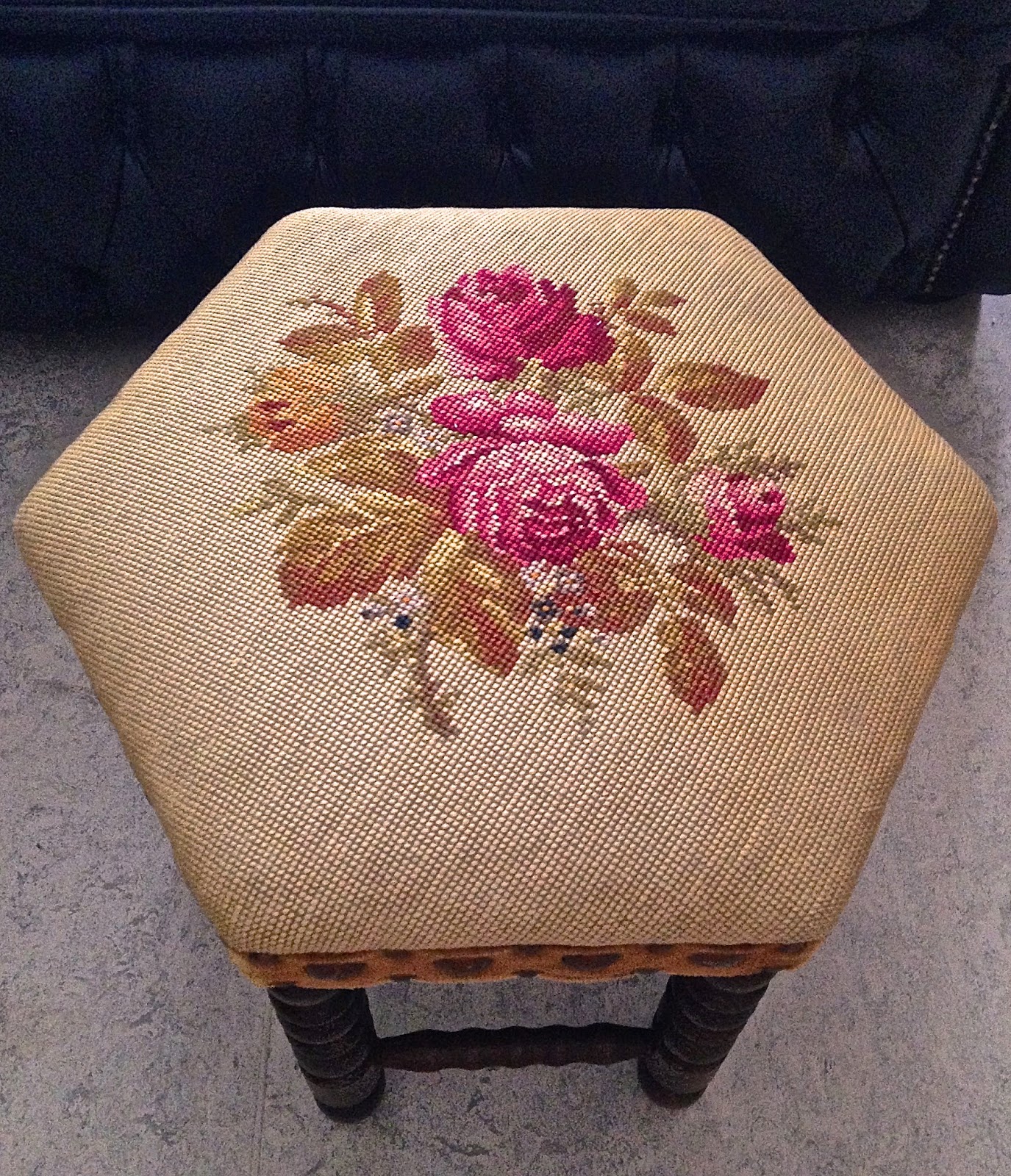 I love everything about the floral pattern, it's just as pretty, detailed and romantic as what I hoped for. 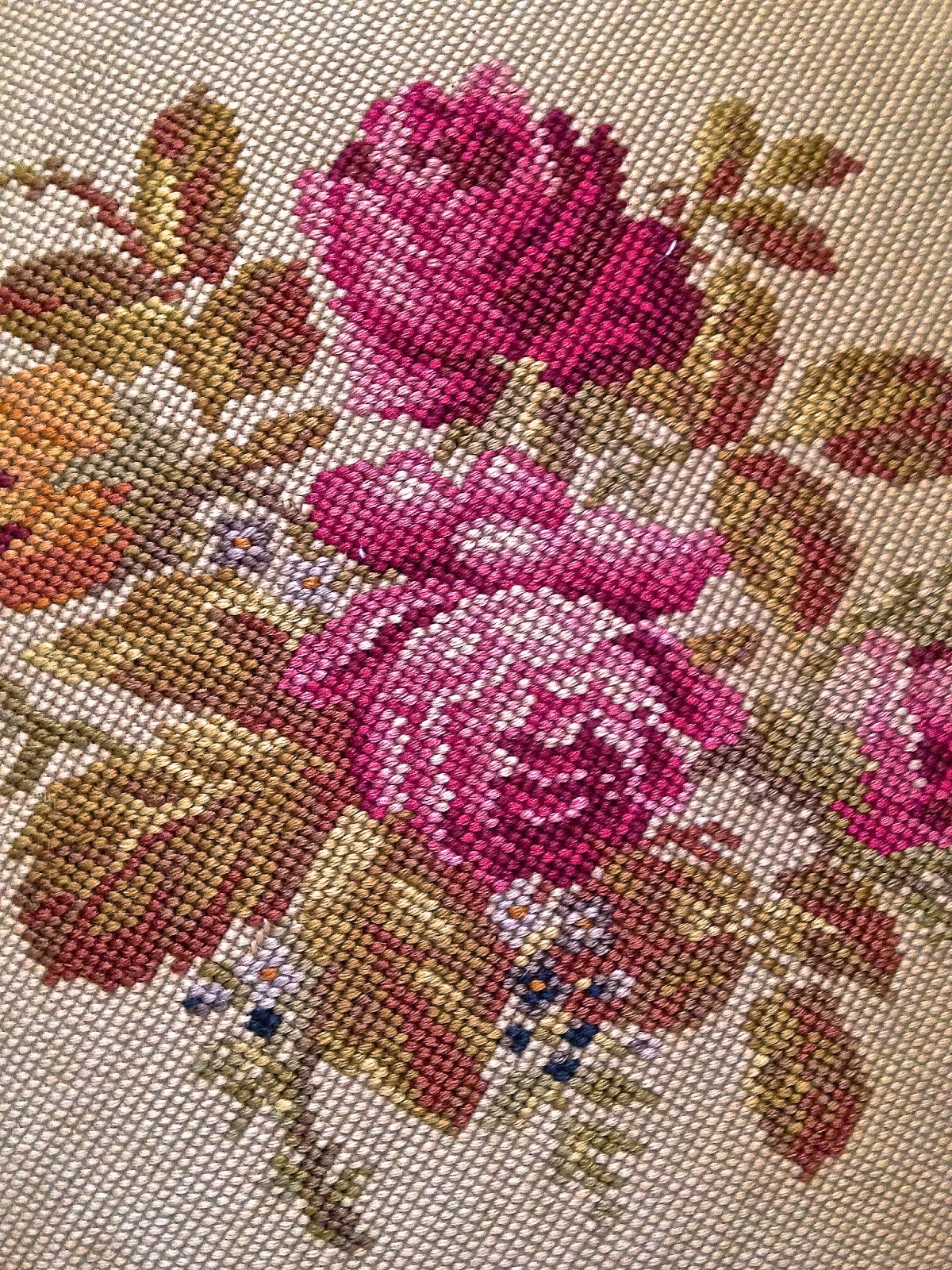 I actually bought two fire place screens… Yeah, I'm kinda stupid. :S I just think it's the cutest way to make a special, little, eating place for my puppy! Don't you think it looks nice? It's also an older, brass I think, mesh screen. As you can see it's much smaller than the wooden one. The sides are very flexible and you can position it as you please. 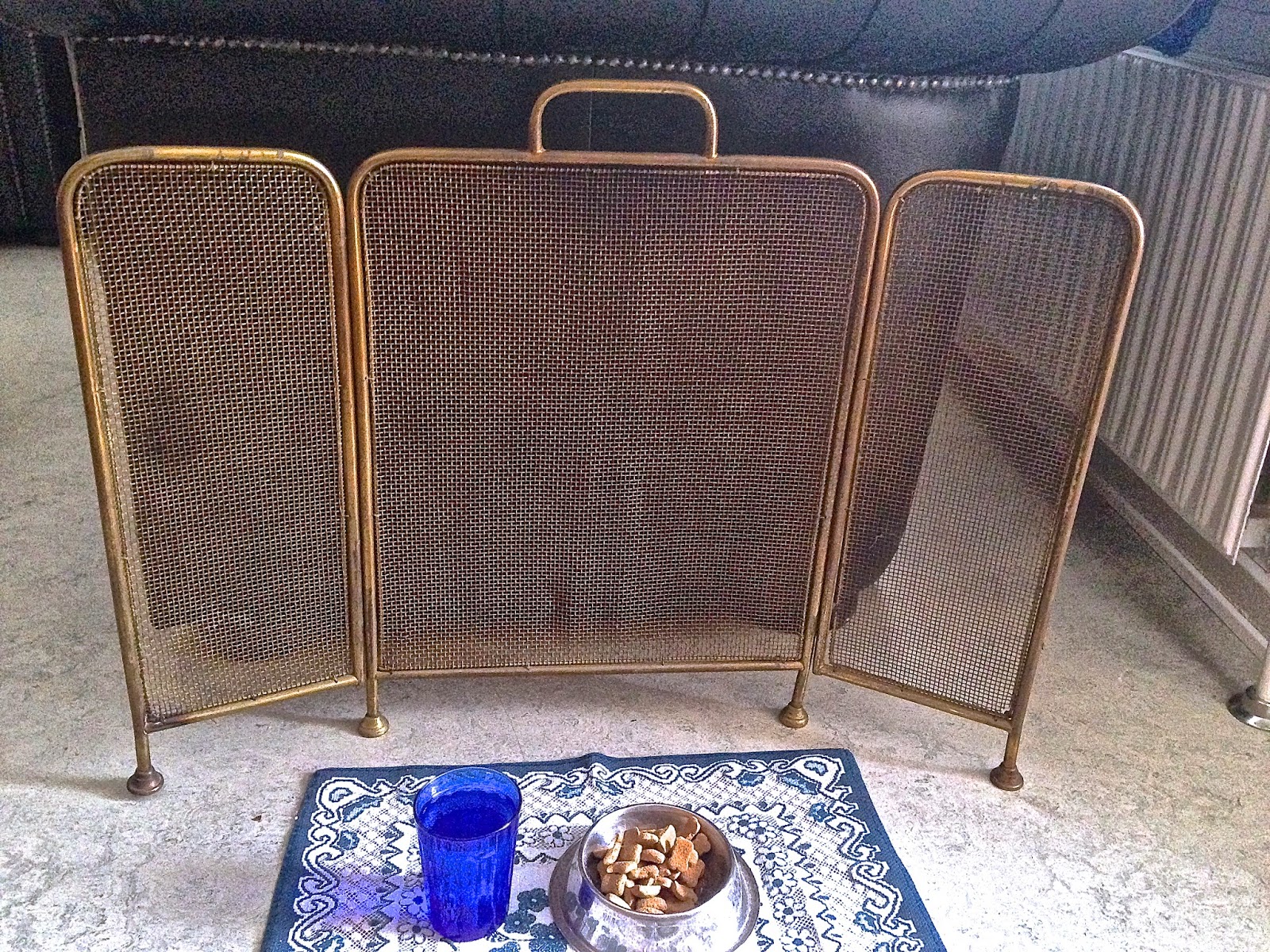 I love mirrors like this one! I can't resist when they have a beautiful frame like this one. And It's not too big, so I have found a great place for it. :)

I HAD to have these two bottles!!! I love how old and medicine-like they look! The little chubby one is some kind of medicine called Bilis bovina del. by a well known, danish, pharmacist called Alfred Benzon (1855-1932). I looked it up but couldn't find anything about the use of it. :S But I did read something about a similar bottle of his being in a museum, which I think is pretty cool! You can also see that it's from the capital of Denmark, Copenhagen, back when we spelled it differently. Now it's København, back then it was Kjøbenhavn, which I think is pretty funny. :)
The other one is a bottle of "American Oil" from Øresunds pharmacy in Svanemøllen, which is also from Copenhagen. "American Oil" is actually just regular castor oil, which I (and all us longhair people) know what is. :) But I think they look amazing! They were super filthy, dusty and dirty, so I cleaned them super gently with a wet, soapy cloth. I was very careful not to ruin anything. 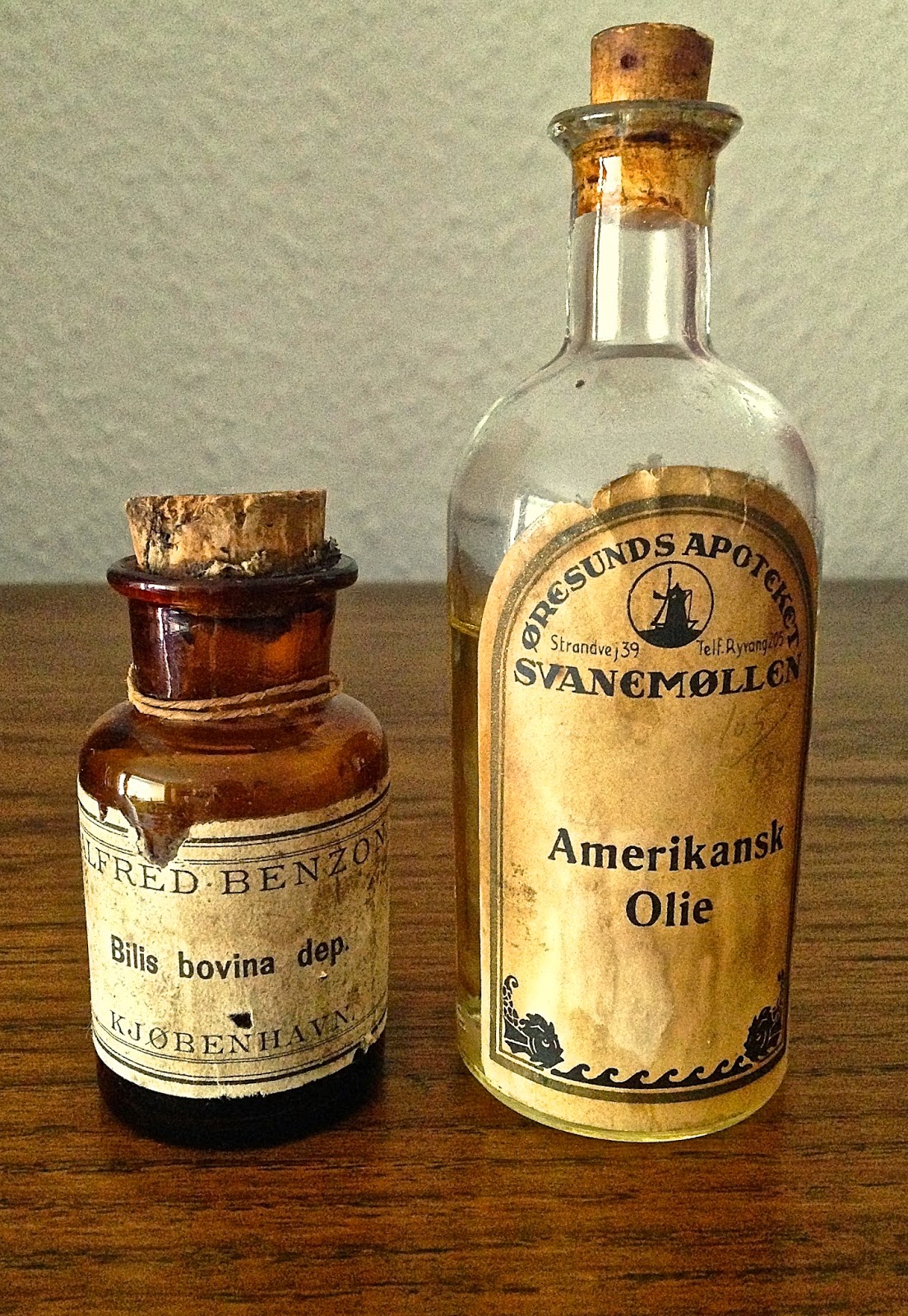 This isn't an antique, but I wanted to show it as is goes really well with all the other things I got. It is made of recycled glass, and I love the shape and details, as well as the green tint. It looks nice and old to me. :3

This is also not old at all, and doesn't even look old! But my style is mostly very dark and morbid, so I like to have a few little objects like this to lighting up a little and balance out the darkness. I regularly wear false eyelashes and for fun I put on a pair on my pink bunny. I actually really like. It makes it look super, over-the-top-cute and girly, but I like it. :D I also have a weakness for porcelain that has this multi-coloured, iridescent pearl look. :3 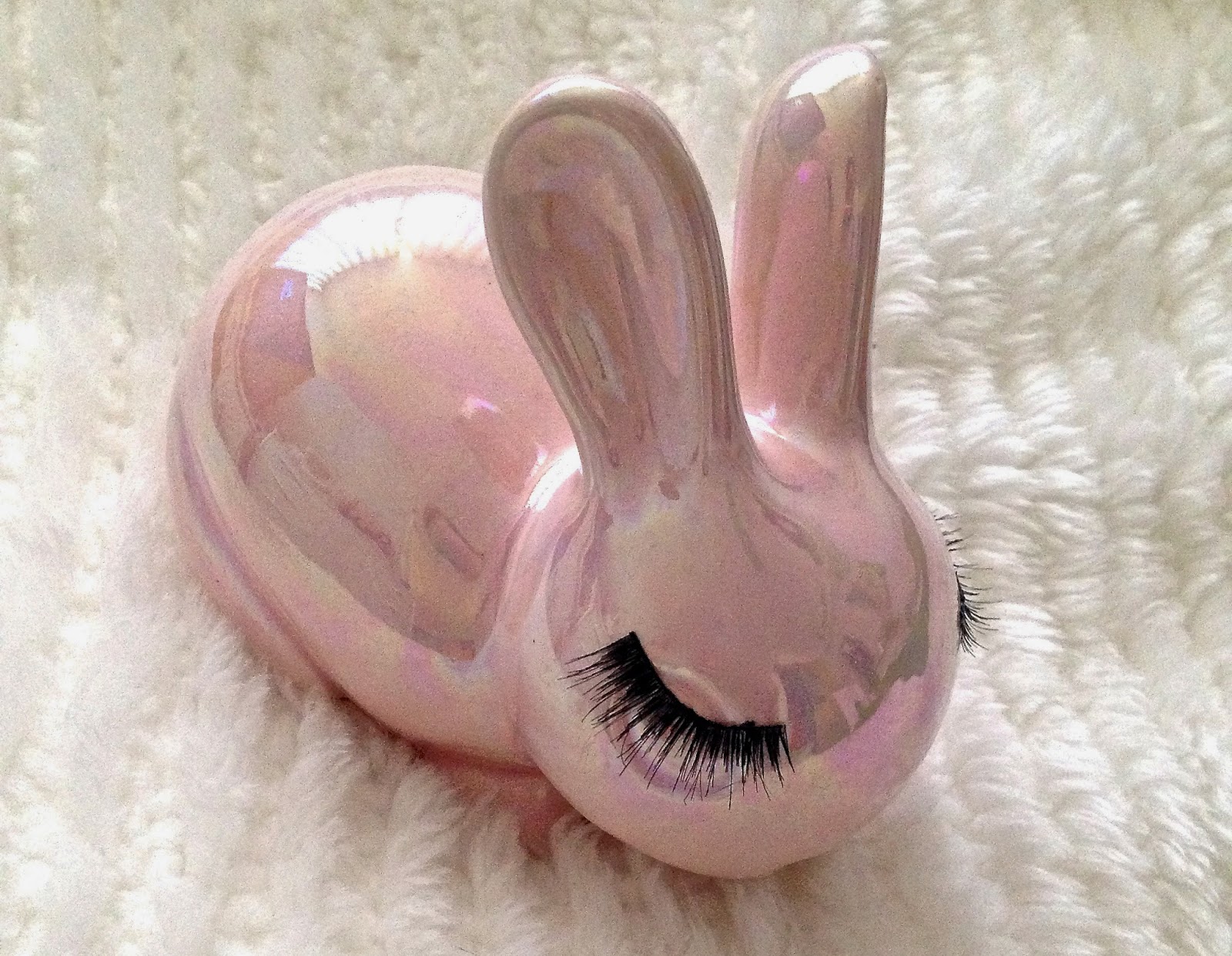 This dainty sugar and cream set was sooo cheap!… And I think it's very beautiful! It's pretty rare that you see a set with a porcelain tray. And I love the floral prettiness, the colours just doesn't translate well… But it doesn't have a single chip!… I can't even!… When I bought it, the sugar bowl was filled with sugar, which I think is both funny and disgusting. :S The sugar was really old and yellow... 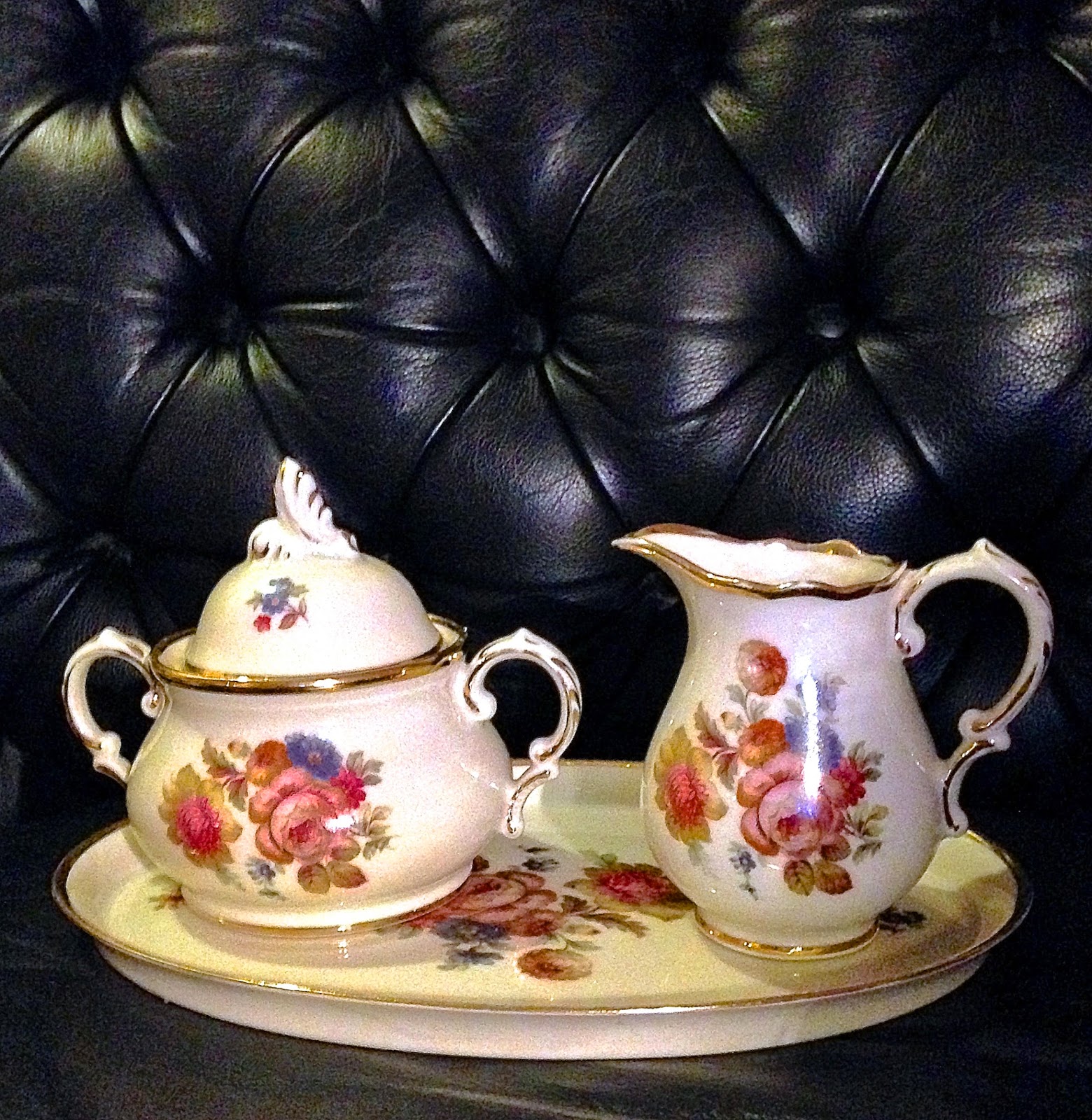 The last thing for now is also not an antique, I think. It's a little shelf that at some point used to hang in a clock store. It has a sticker that looks very resent, but the shelf itself could be older. But I don't think so. It doesn't seem or feel old at all. I just liked it… :) Even though it is a bit much, with the loud gold. 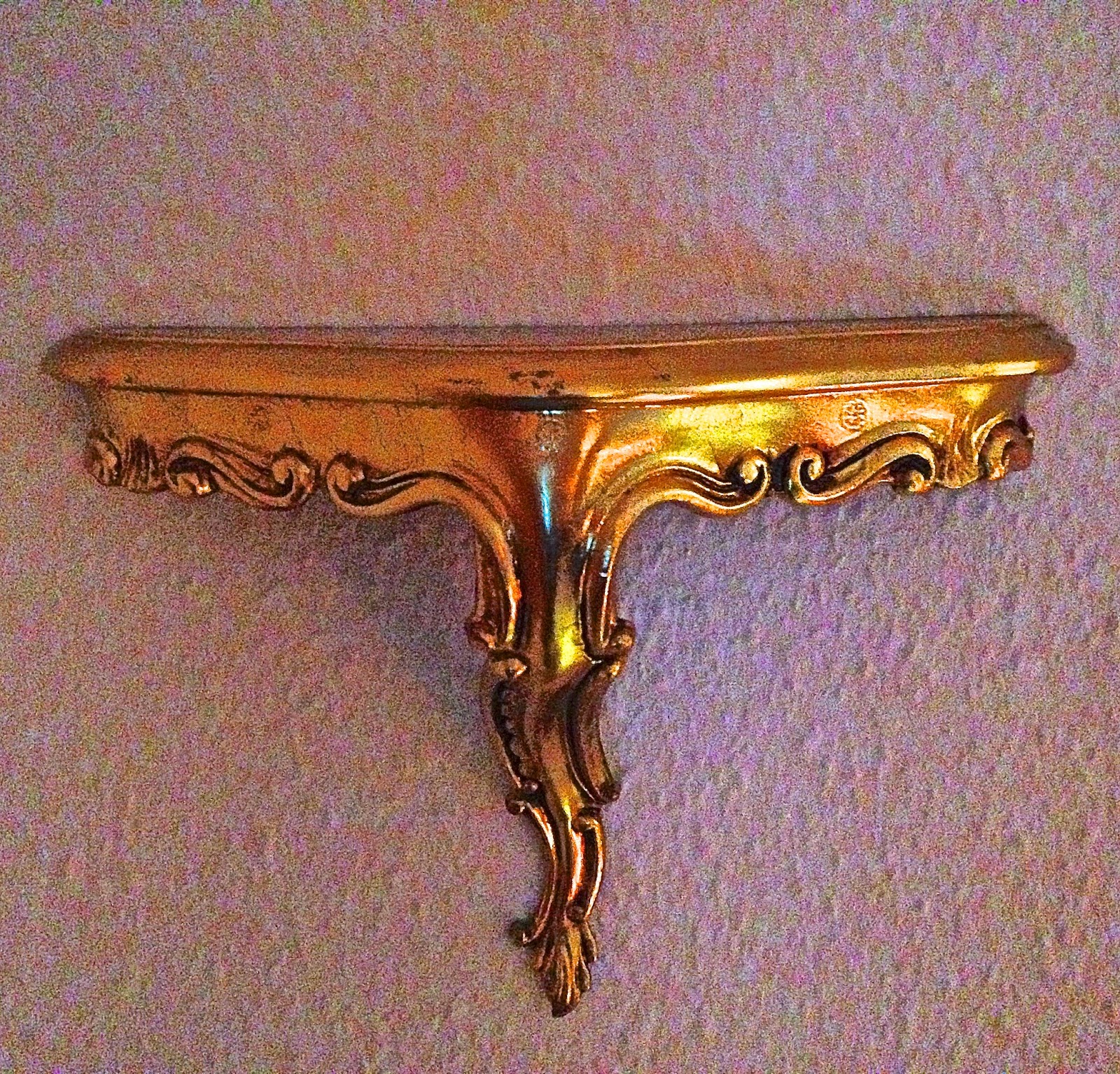 I've just bought some more furniture the other day, which I can't wait to show you. I just haven't gotten around to take any pictures yet. :)