The last six months I've started shopping a lot on e-bay. EVERYTHING is expensive here in Denmark, so it saves me a lot of money. Especially in the long run. I know some just hate e-bay, and I have to say, it's kinda hit or miss… But I've mostly had great experiences!!! :) Also, many of the things are not really available in DK, so that's another reason why.

I got these midi-knuckle-whatever-they're-called rings. They are very dainty and I still love rose gold. 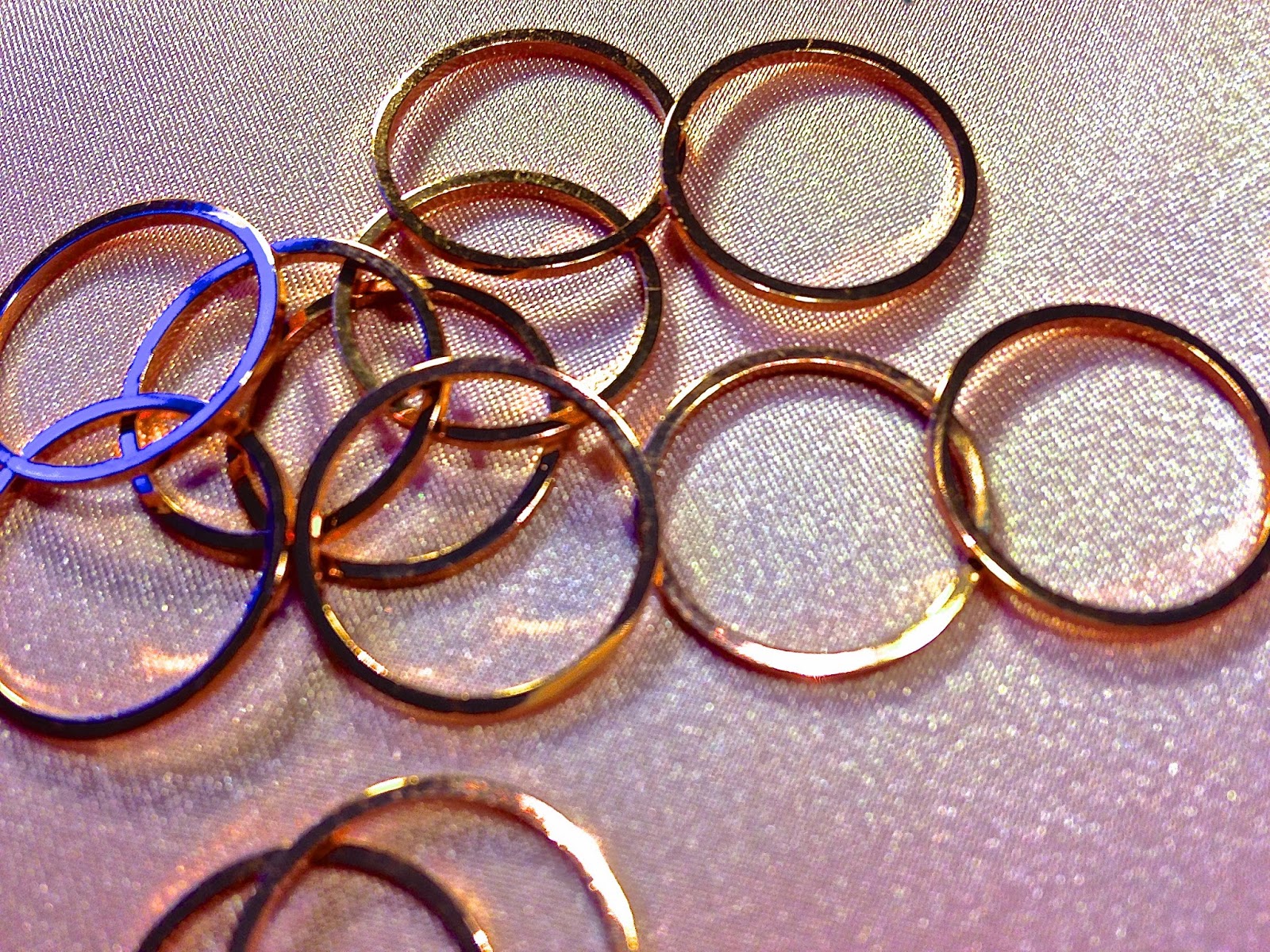 I have also been really interested in the "new" highlighting thing. I love all things that sparkle and why not do it to my face!!! XD
(Even the packaging is super pretty!) 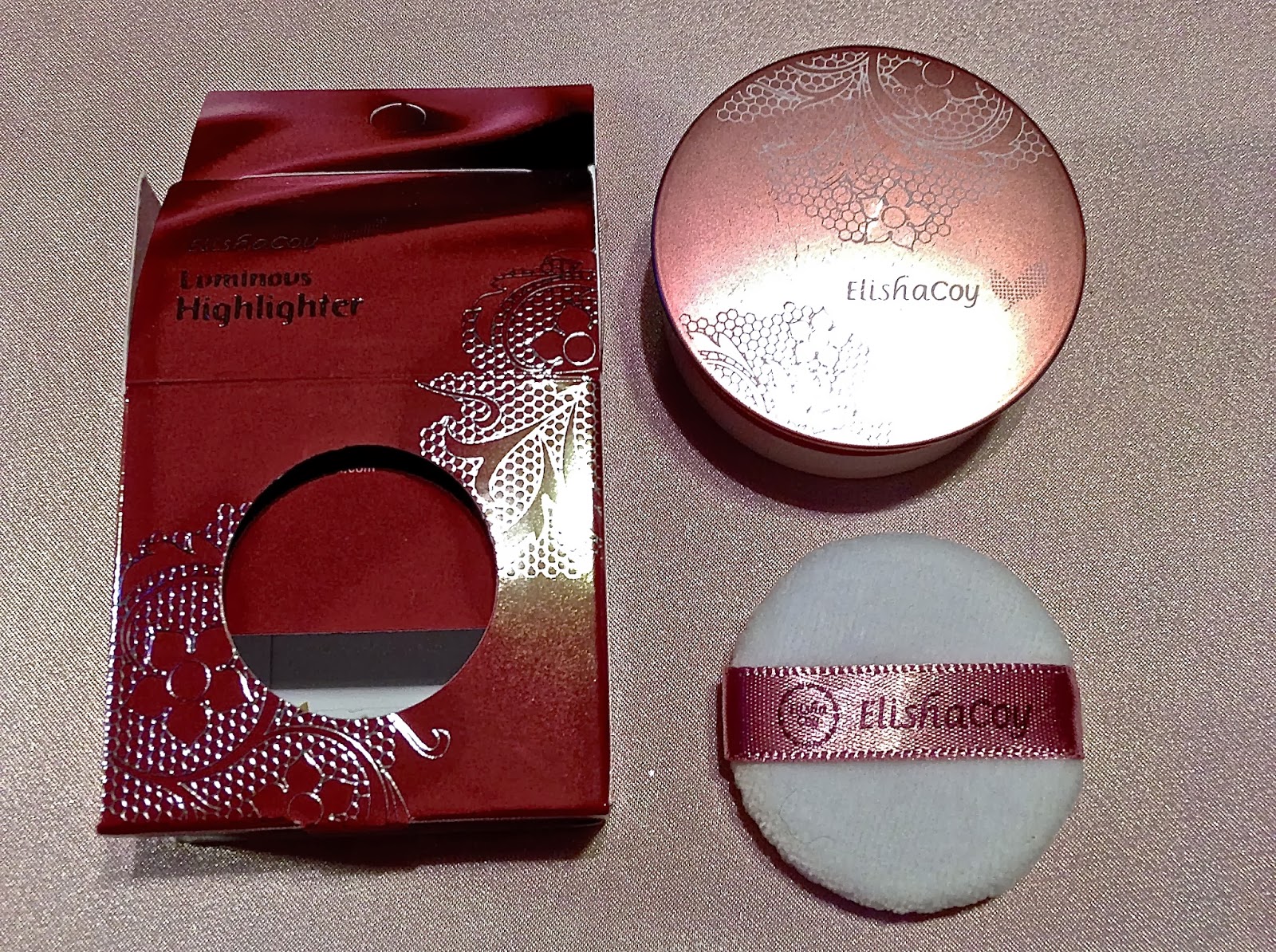 A little close up of the pearlescent gorgeousness!!! It's by the brand ElishaCoy which I've never heard of before. But I definitely dig it! It's a really nice product! Very happy. It did cost a bit, but still not compared to the danish market! 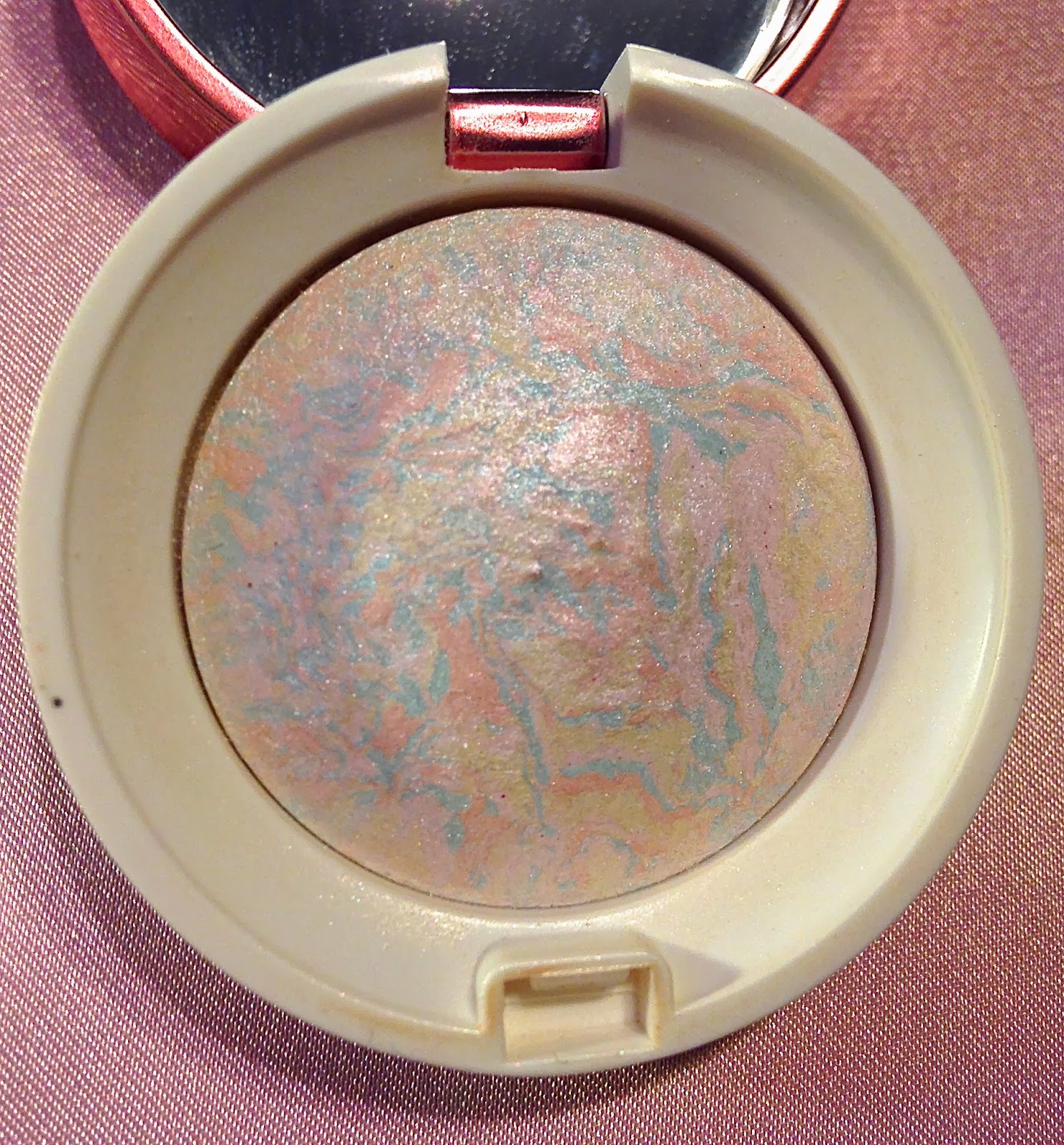 I also bought another highlighter product, a creme stick from elf. In the colour Spotlight. It's a really pretty, light pearl colour. It's also very nice, but I'm not a huge fan of the stickiness. But this product smells amazing! Like oranges or something… Very fresh and nice. :) And I'm a huge sucker for stuff like the little powder puff that I received with it. (I know it's probably meant as an application tool, but that's just stupid and unpractical in my mind. I don't think it washes well… Oh well!) 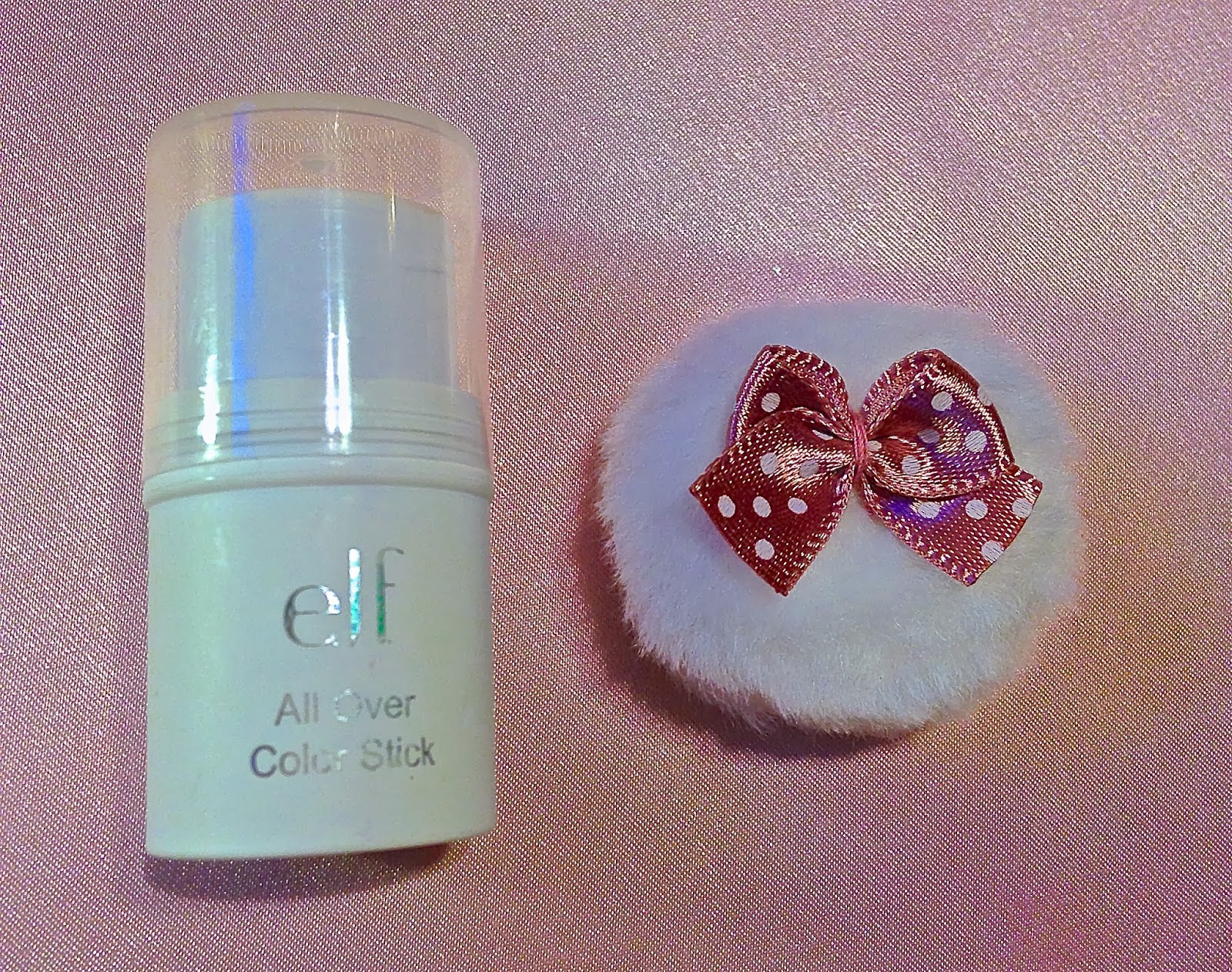 Okay! I didn't really have any neutral matte eyeshadow, so I bought a huge palette! I actually just wanted a little one, something I could have in my makeup bag, but I couldn't resist this because of the insanely small price! But I have to say that it's not the best quality, which I didn't expect, but you really have to pound it on! Even with eyeshadow base/primer! But it's okay. :) I still really like it. And I love the colours! I'll just do some more experimenting… ^_^ 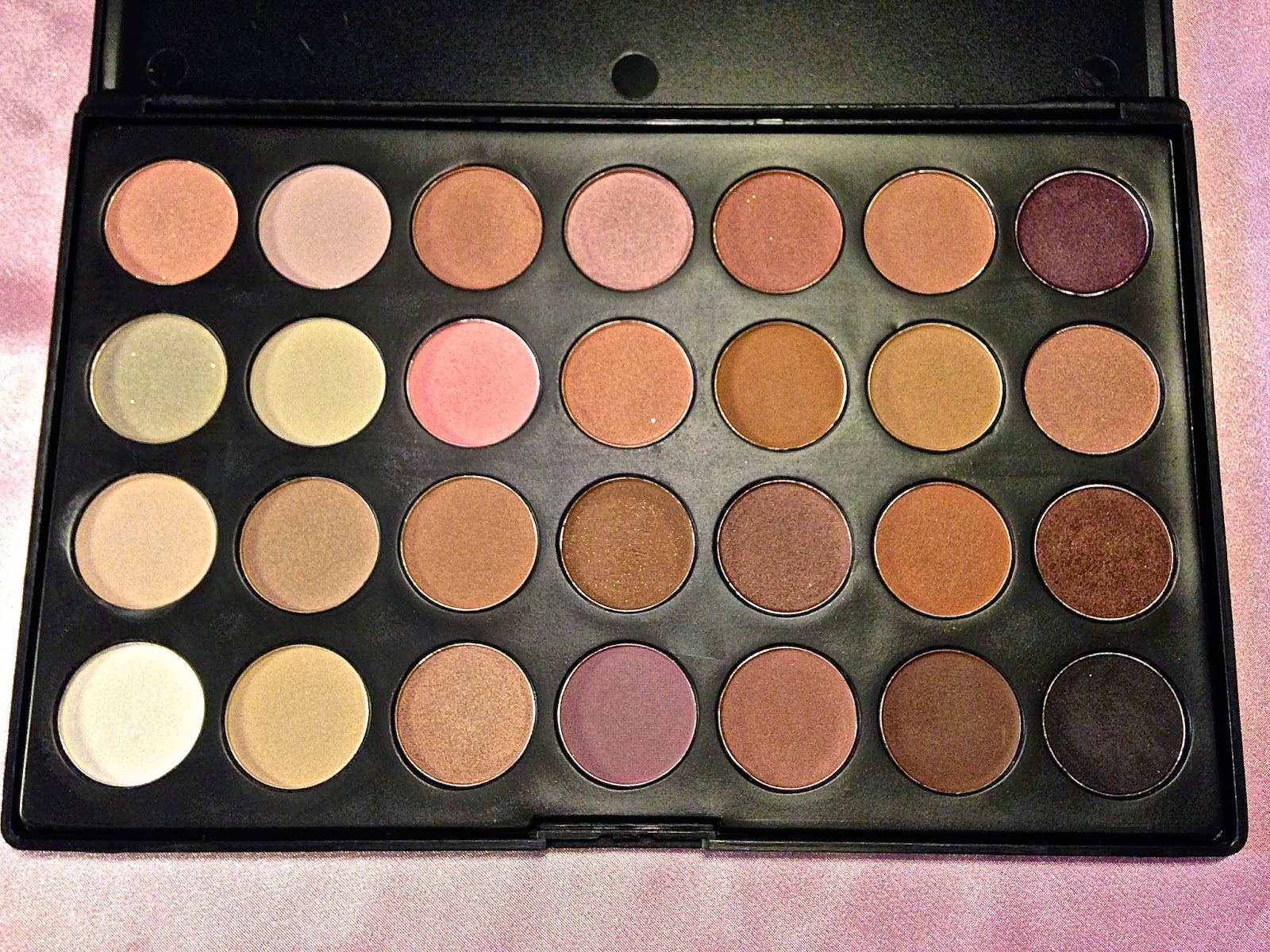 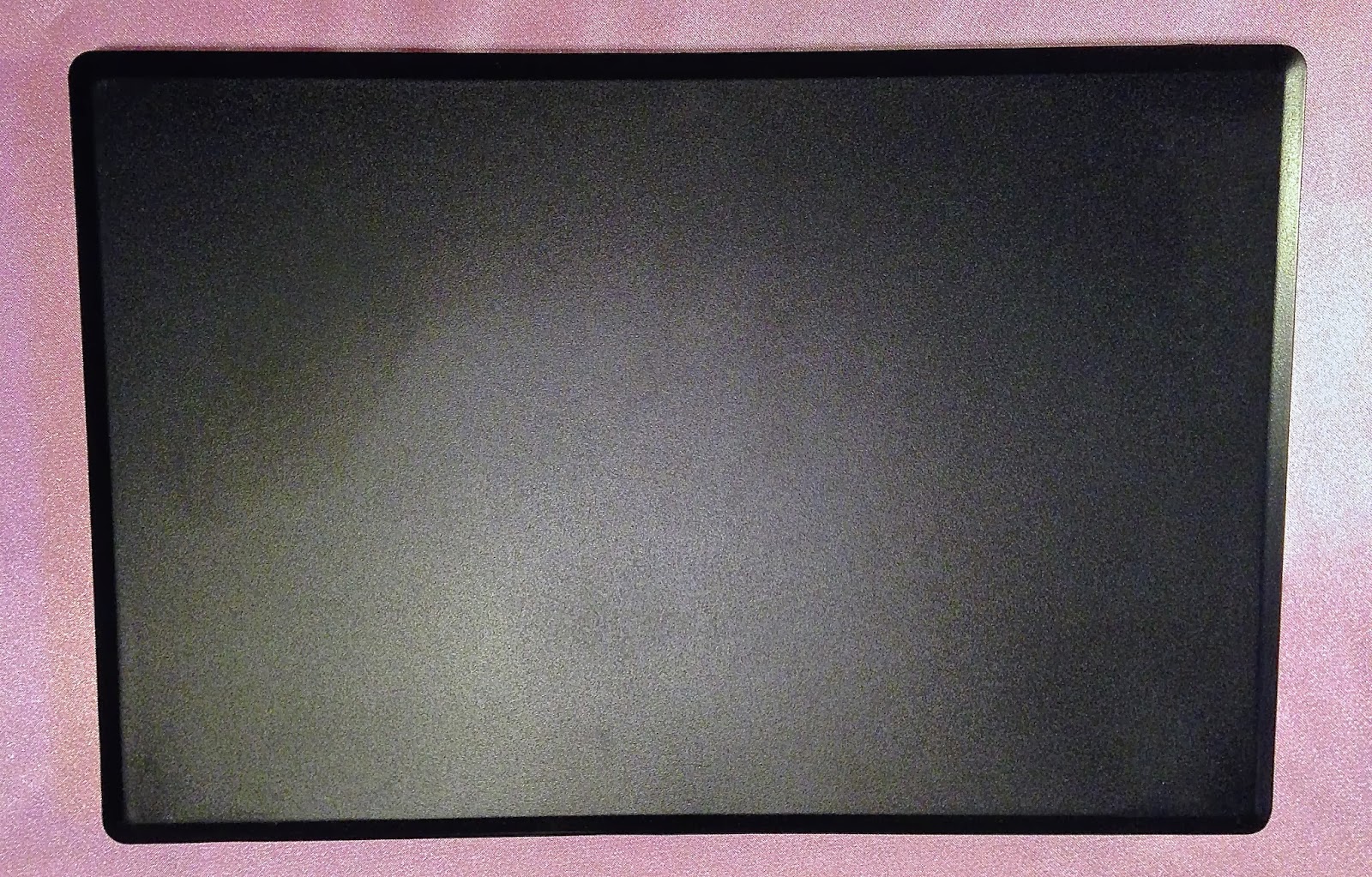 I'm a huge fan of Quentin Tarantino, and when I recently learned that he (and Robert Rodriguez) had done a vampire movie I died a little!!! I died a little more when I saw it was starring George Clooney, Salma Hayek, Danny Trejo and the master himself!!! I have always loved vampire Stuff, not really the teenage version though, even though I still have them… No hate, I just prefer my vampires to be more horrifying, complex and intelligent. :) But unfortunately that's hard to come by with that genre… :( Sometimes I just wish I had the health to become great things like a director, and make AMAZING films! I have many ideas… But I guess I could just write the books instead! 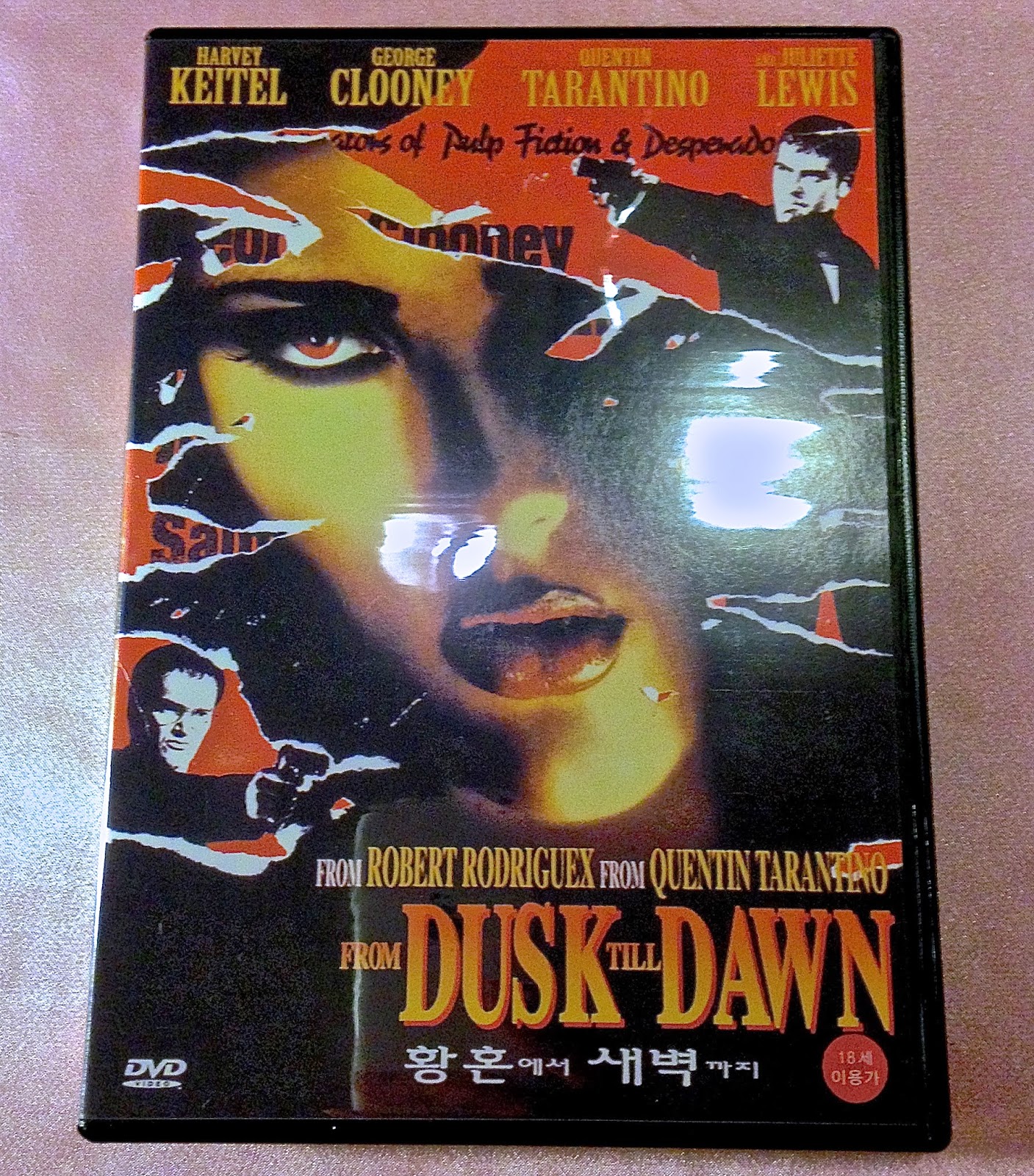 And another great director Hayao Miyazaki! I'm collecting his movies but it's quite hard to find them here in Denmark. I love his movies so much!!! I always compare him to the danish author H. C. Andersen, because you can analyze their storytelling the same way. It's stories that are told so rich that they are both for children and adults. Touching, intelligent and very nuanced. :) 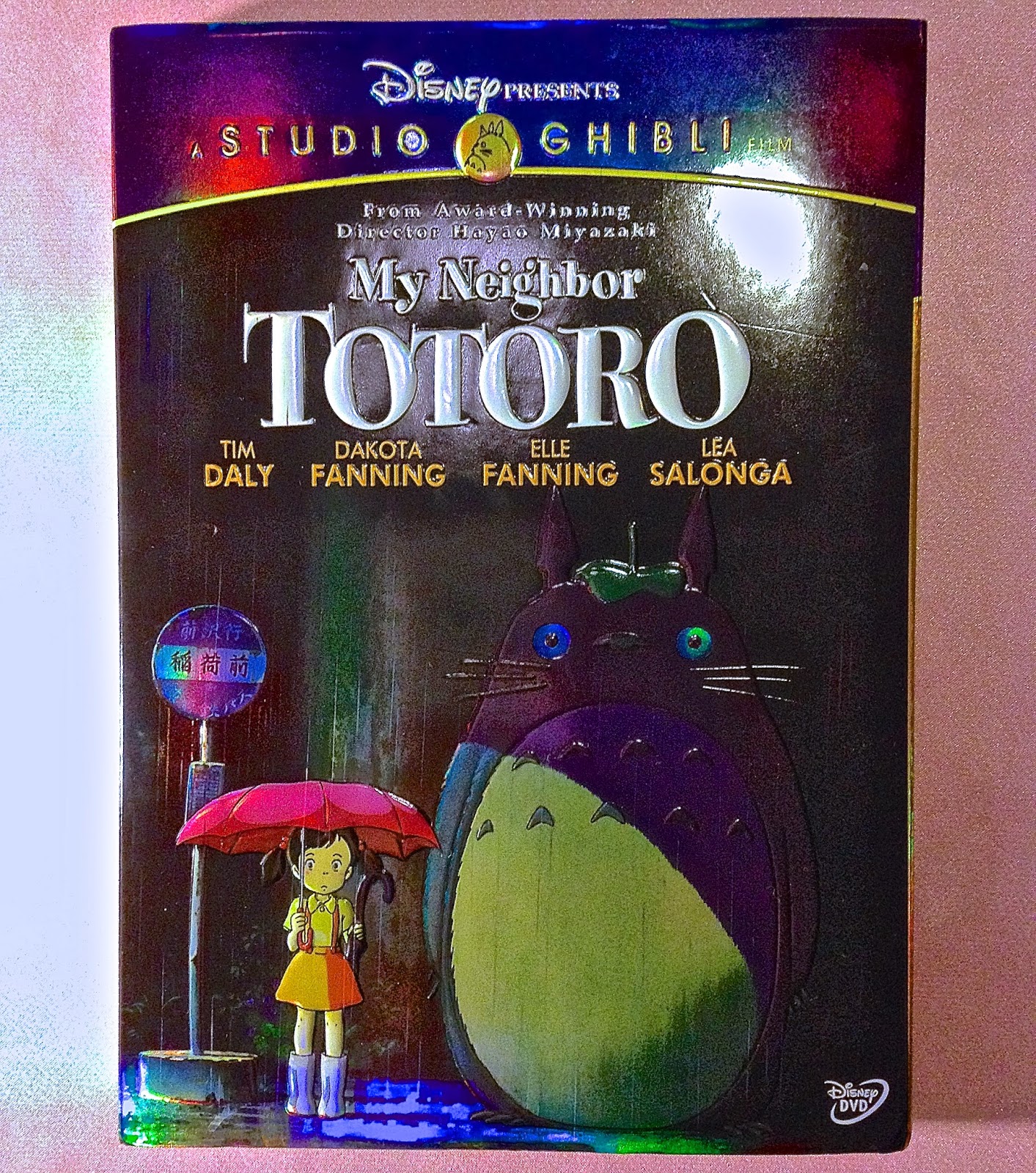 On to more of the superficial stuff! XD I needed some different face brushes and found these. Excuse the dirtiness! I didn't have time to wash them for the pictures. They are synthetic, so they are insanely soft! I use them all the time!!! 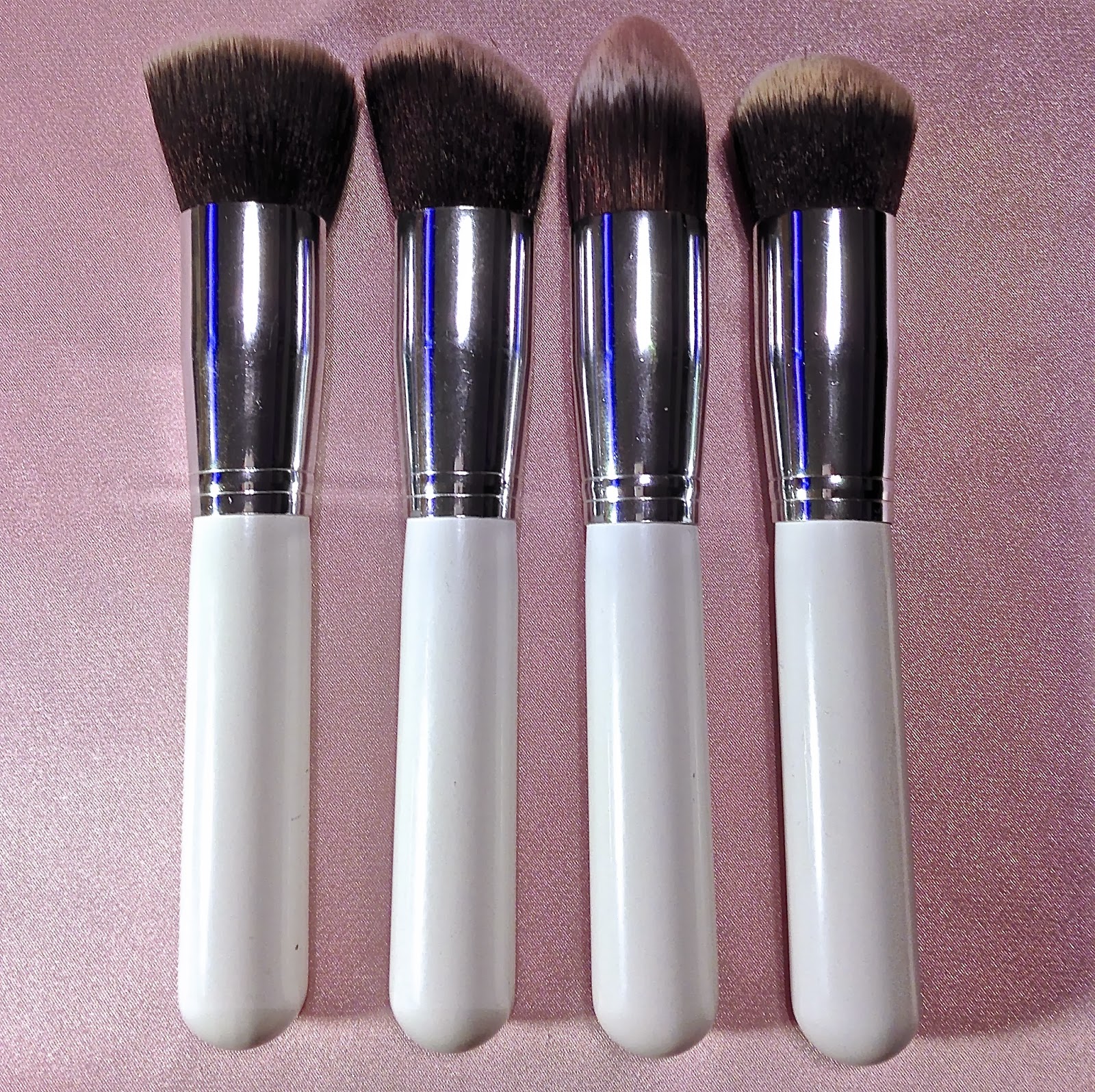 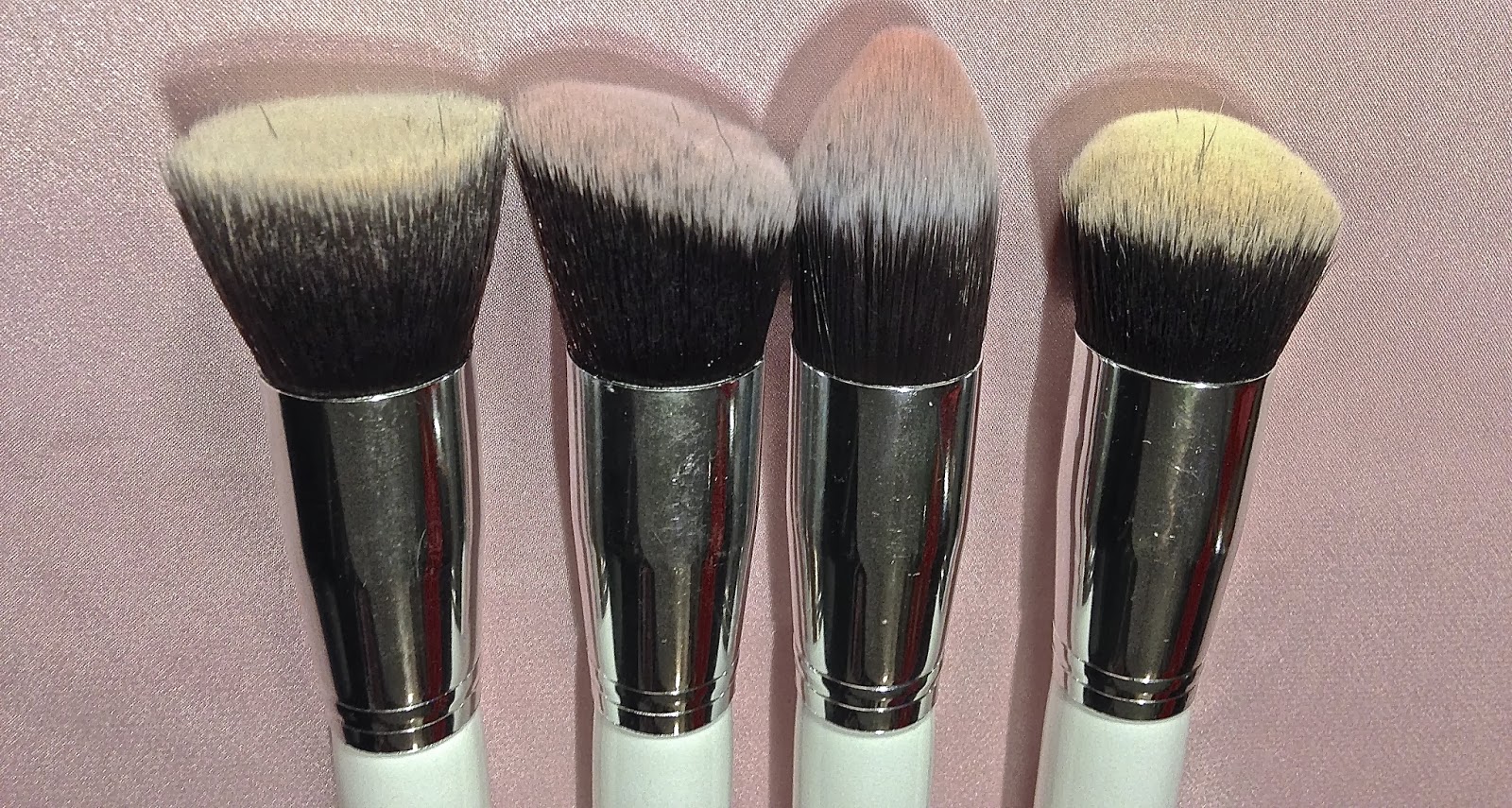 I also found these eye brushes, 'cause I needed some blending brushes. These are also synthetic. I can't stand natural fiber and animal hair, my skin is way too sensitive! :( But these are great! It's a set of two types, a flat top and an angled.

You can see it a bit better here in the close up. :) 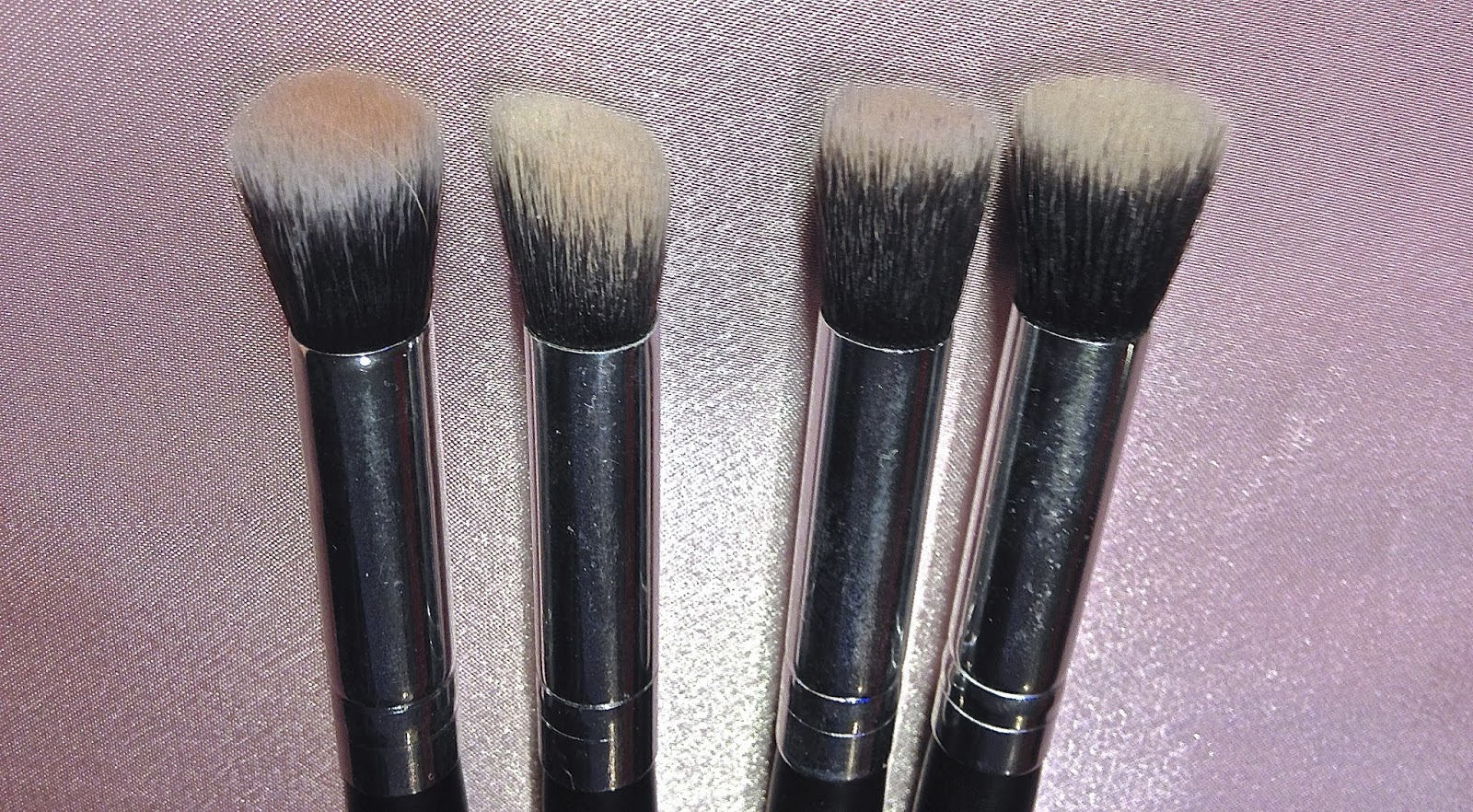 I have a weakness for gun and weapon jewelry, and I couldn't resist when I saw this. :P I love that it's gun metal!

Okay, lately I've been really into 40's-50's underwear! I love lace and dainty, feminine stuff like that! I love to feel really pretty under my clothes. It began because I started wearing maxi- skirts and dresses several years ago. Then I thrifted some old under skirts and slips for comfort, and that opened a whole new world for me esthetically. Now I bought three of these garter belt skirts. I LOVE how they look! And they are so comfortable! They were quite expensive for me but it was totally worth it! And again, it would be so much more expensive I were to buy them in a lingerie store here in DK. I just got them in the mail today! I can't wait to wear them! I bought three of them because I intend to make them a staple in my under-wardrobe. :) 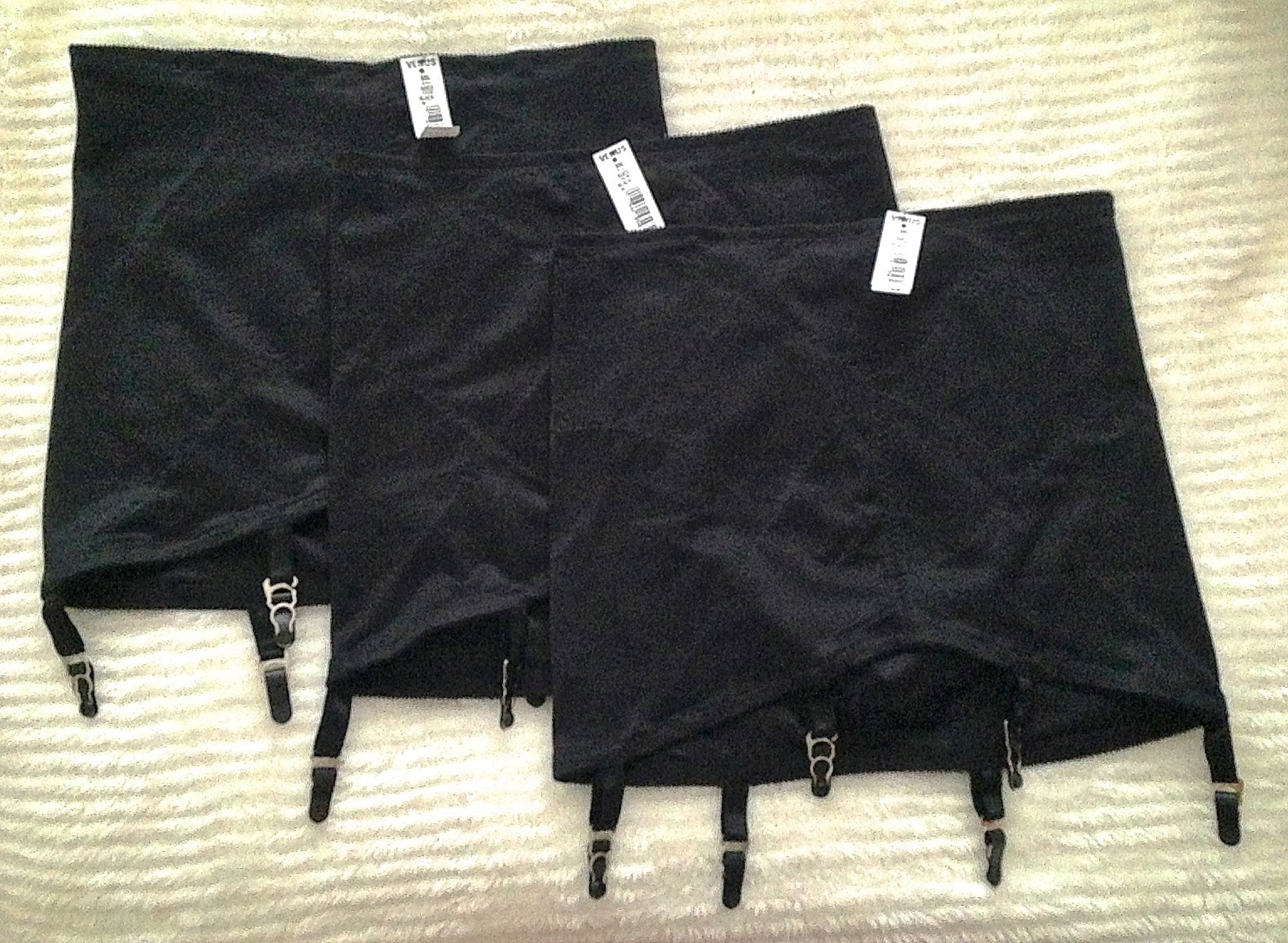 A little close up of a single pair. The quality is absolutely amazing! And I love that it has six clasps! I drew a ton of pinups when I was 14, now I'm dressing as one… XD 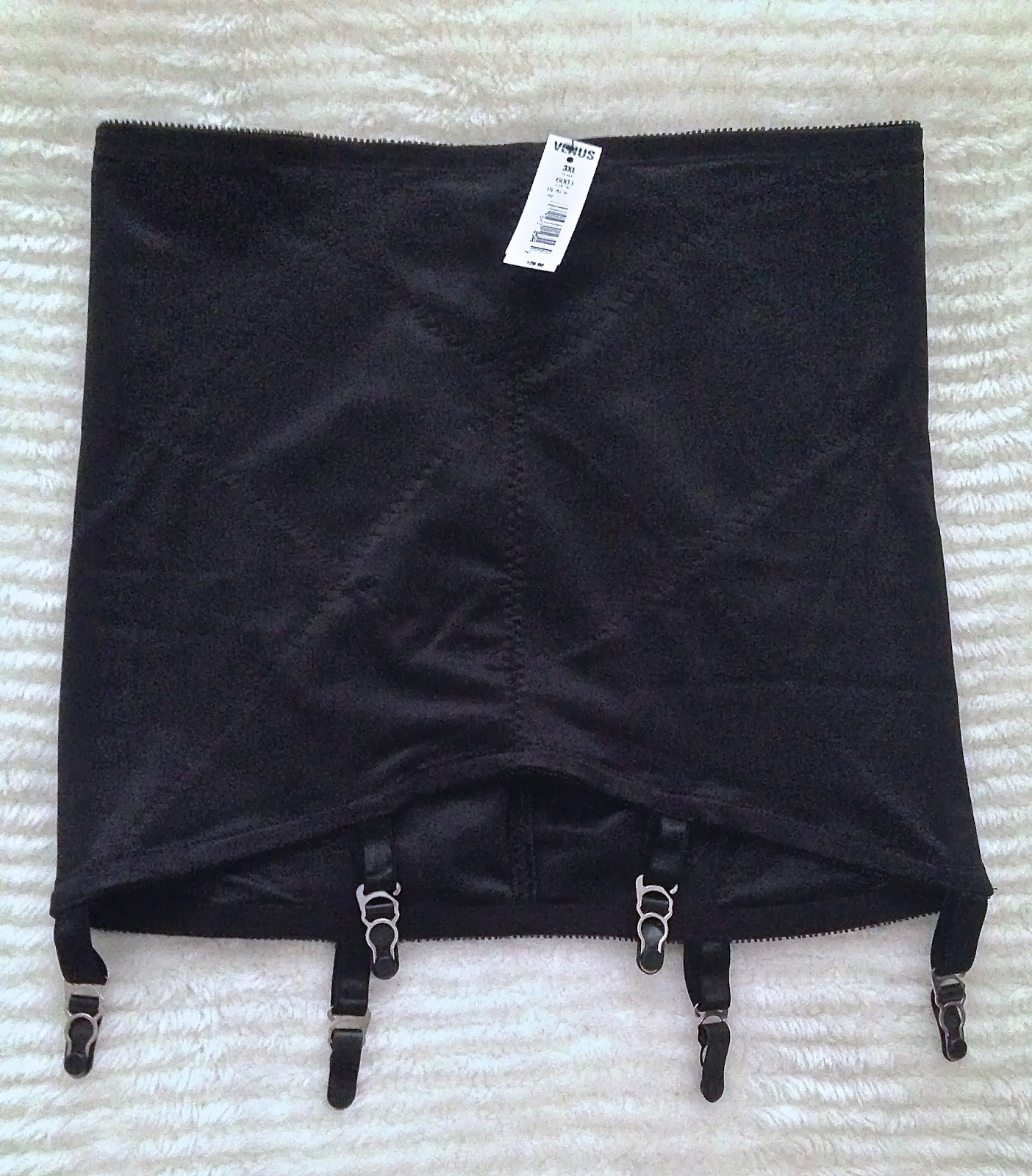 About a month ago I bought a new camera which I'm super excited about (I'm gonna make an entry about it later), but it's a little big and clumsy for my semi small hands so I wanted a camera bag for it. Also to generally protect it a little. :) I think the baby pink goes well with the white camera, and I still love this version of pink!

When I saw the scorpion pendant I had to have it!!! When I was 12 my best friend had a silver zodiac necklace and I've always wanted one. This is nothing like her necklace but I like it even more. It's not a zodiac necklace but it is to me! (I'm a scorpio if you hadn't noticed) I love scorpions not just because it's my zodiac but because it's an amazing creature. It's incredibly beautiful to me! And I love how the amber and silver contrasts the scorpion. Where I'm from amber is a very resented, tacky, old lady, granny thing. :D And I'm getting into the crystal layering. 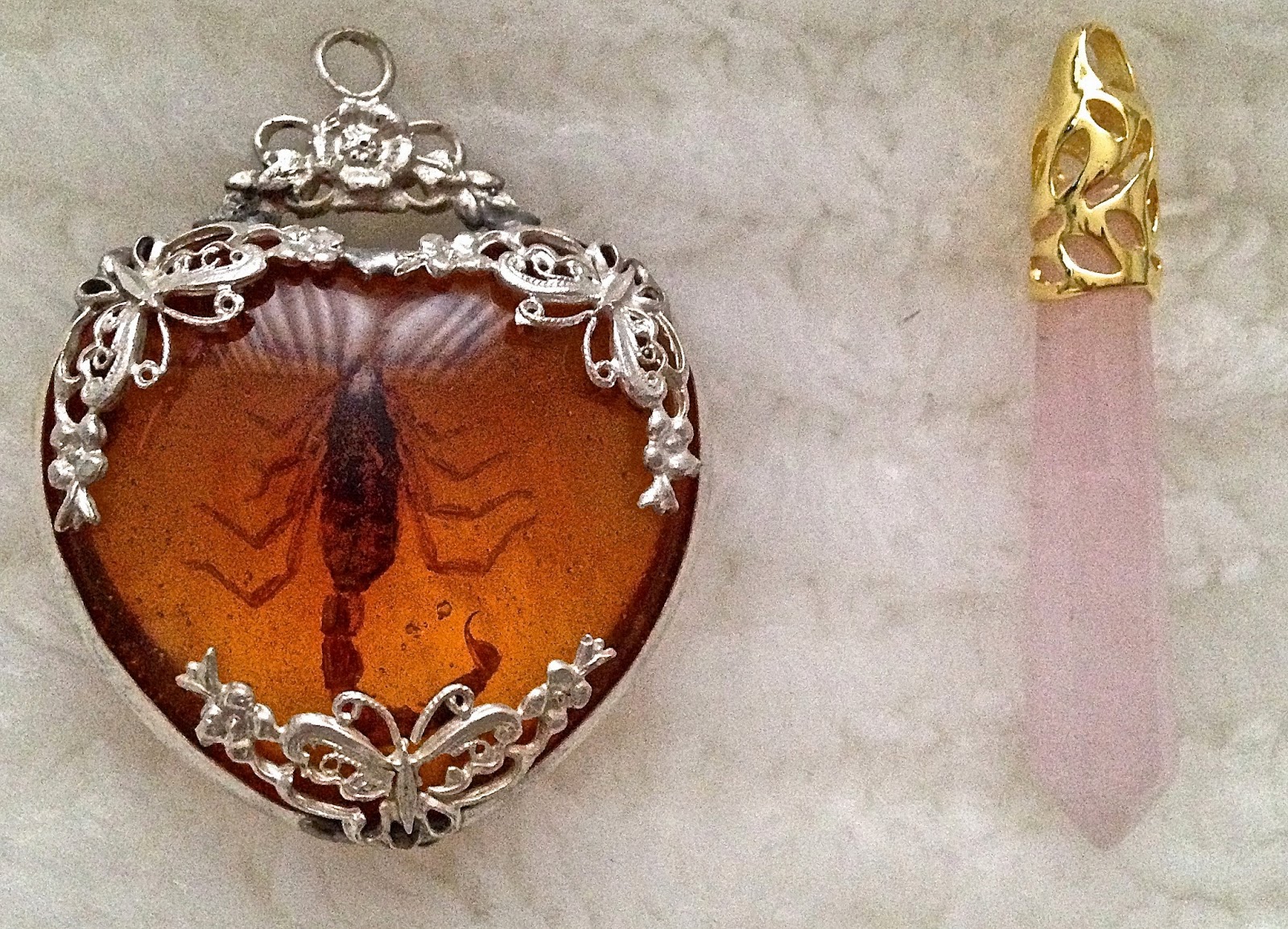 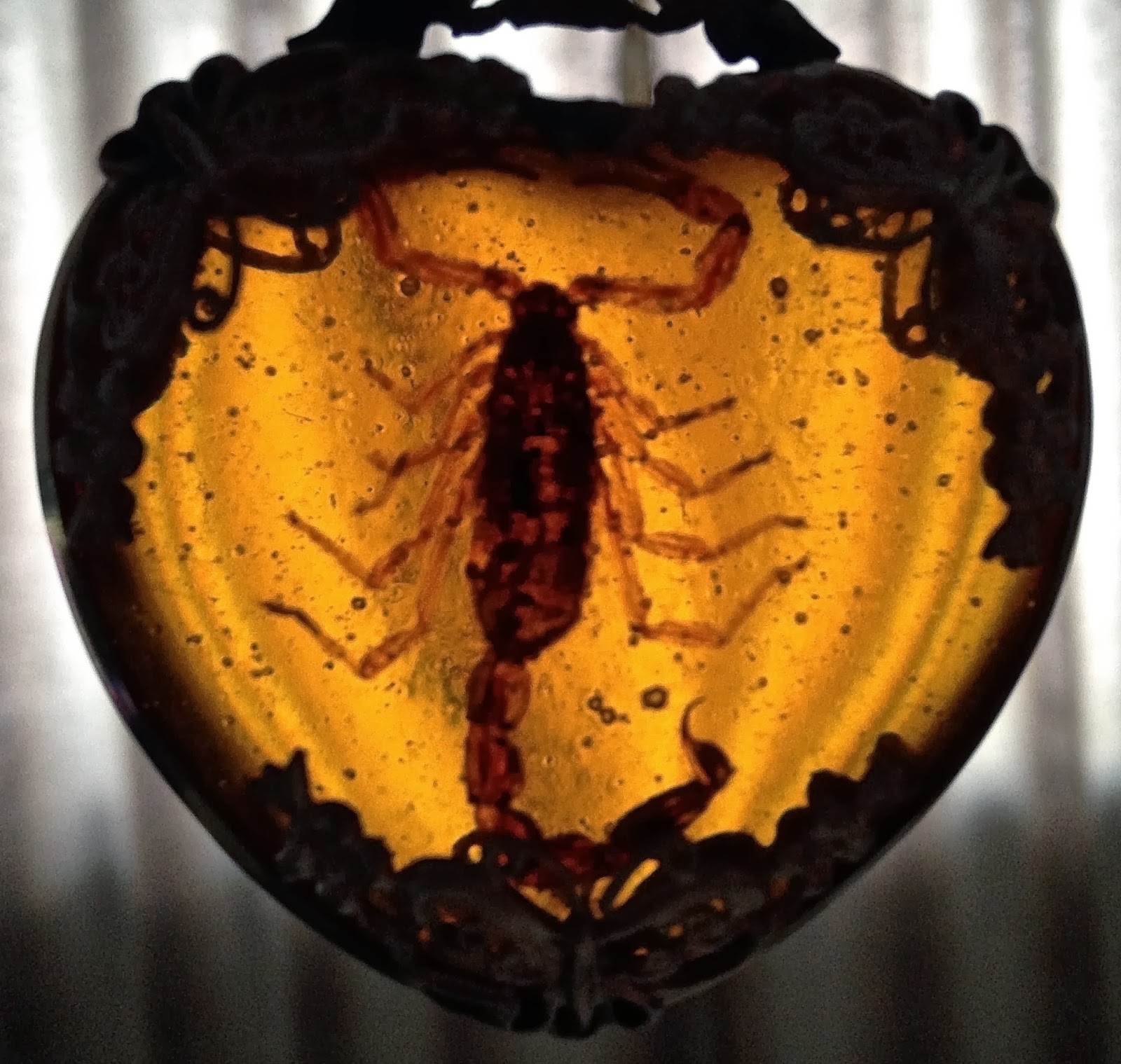